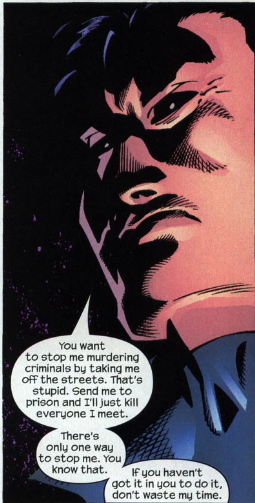 The great Garth Ennis run comes to a close with a brilliant arc on superhero team ups.  We know that whenever superheroes first meet each other, they have to fight each other.  It’s a Great Comic Book Tradition.  Or, if you’re Garth Ennis, it’s a comic book cliche that needs to be taken to its ridiculous extreme.  So, that’s what happens when Wolverine (who Punisher ran over with a steamroller), Spider-Man (who Punisher used as a shield to block the punches of a transsexual super soldier in the first story arc of Ennis’ MK run), and Daredevil (who played a major role in Punisher Kills the Marvel Universe) team up to put Punisher behind bars once and for all.

Once again, Punisher proves that he’s Marvel’s funnier, tougher, and more bad-assy answer to Batman by outsmarting the heroes who clearly outpower him.

One thing Ennis does especially well is end things.  His last issues/arcs of Hitman, The Boys, and each of his Punisher runs are perfect.

Marvel Knights Punisher ends how Welcome Back Frank began: With Punisher throwing someone off a roof, and vowing to protect the city from crime.

It marks the ending of Ennis’ attempts to fit Punisher into the greater Marvel Universe.  From here, he launched into PunisherMAX, which is probably the single greatest run on a comic of the past 20 years.  I’ve already examined it, from start to middle to finish, and sang it’s praises appropriately–so I won’t do so again.

Instead, I’ll move on to other moments in the evolution of The Punisher.

Or, maybe I won’t–since Garth Ennis’ is the most definitive. 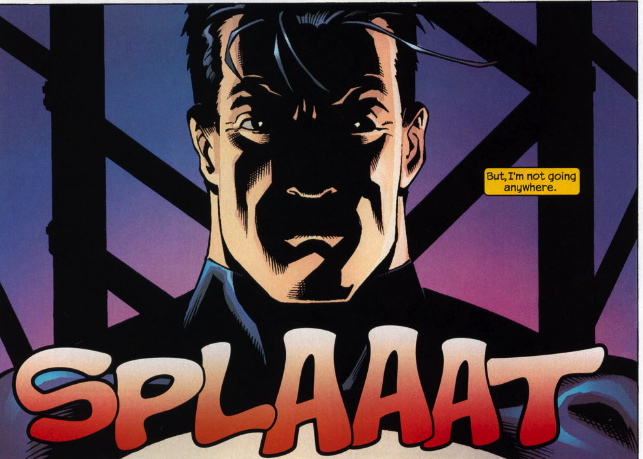 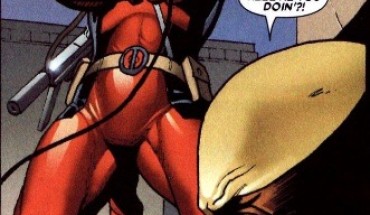 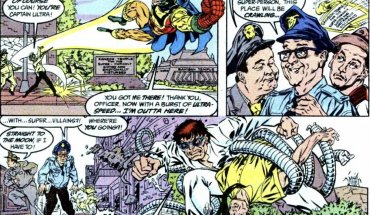 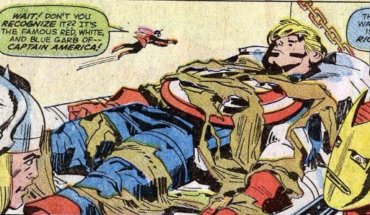