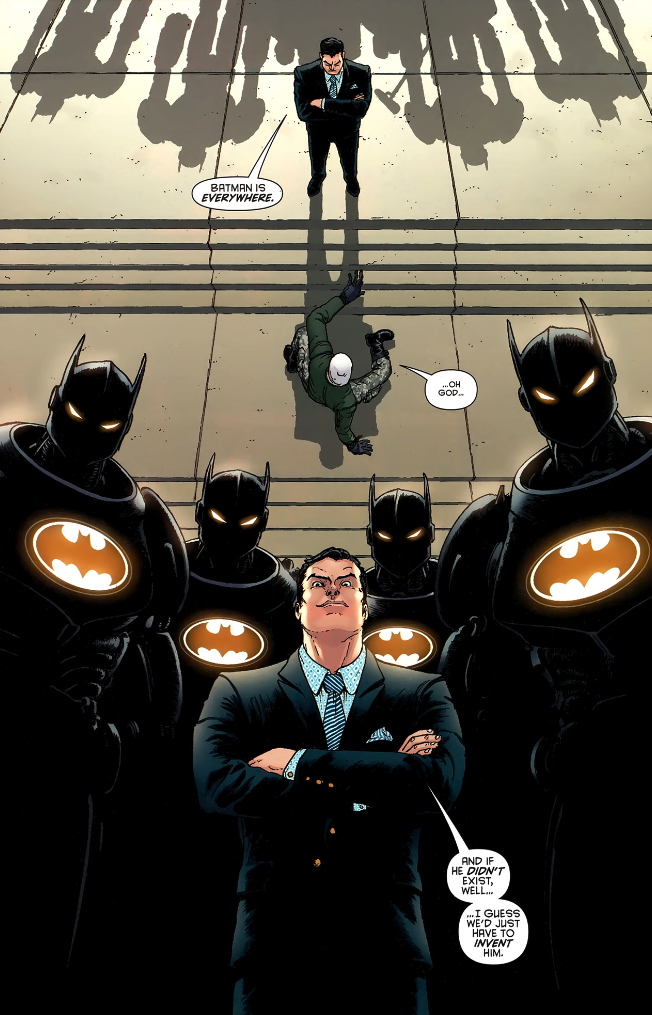 Before now, you’d be forgiven for thinking that Morrison’s best Batman work was behind him.  He killed Batman, proved that someone else could wear the cowl, and actually made the Dick Grayson Batman better than the Bruce Wayne one.  (And he did it a lot faster than Brubaker proved that Bucky could be a better Captain America.)  Batman and Robin was excellent and the Return of Bruce Wayne was fascinating, and it built to the promise of a worldwide group of Batmen.  But the first five issues of that promise, Batman, Inc. Volume 1 #1-5, felt a little scattered.  With this issue, he brings it all into focus and introduces the final conflict for his Batstory.  The first act was about Bruce letting go of all the ideas he had about himself–all the disparate pieces of his past–and becoming a person capable of loving his family.  The second act was about Batman’s role in the universe, both in present day Gotham in the guise of Dick Grayson and throughout history as Batman essentially went on a time-traveling walkabout to discover himself.  This third act will be about whether a global force for justice can overcome a global force for evil.  Or, more precisely, if justice needs a specific face or if it is a mask that can be worn by many…. 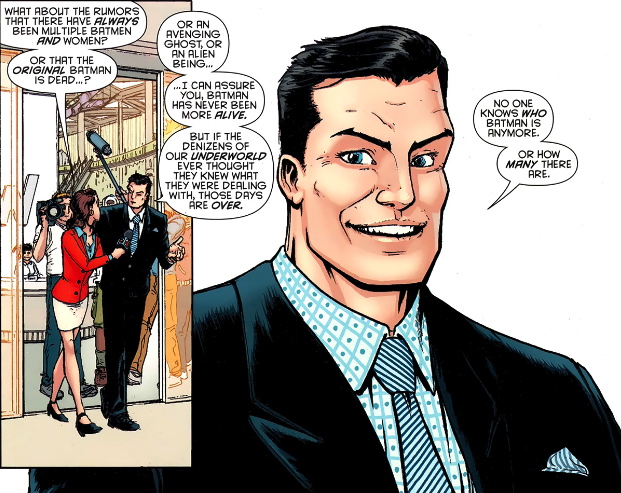 He goes so far as to allow himself to be seen with Dick–both wearing the cowl. 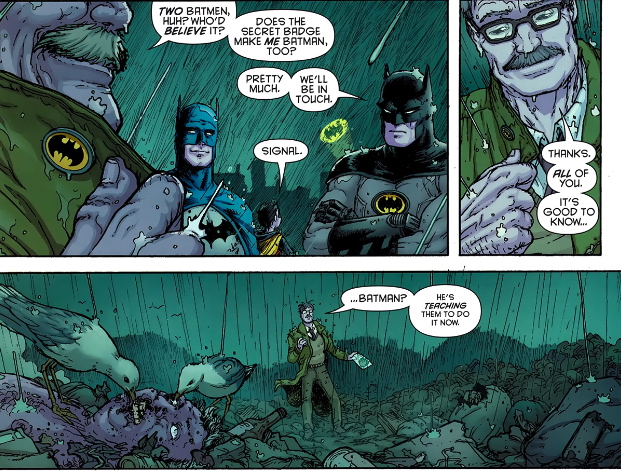 He also creates a “club.”  Gordon gets to be in it.  And we see birds picking at the corpses of a murder victim.  Batman is becoming big, important–to important to see the death right in front of him.  Eventually, all of Gotham will betray him and make him illegal because people fear power.  In other words, he’s becoming the thing he fears the most.  (Jason Todd later comes back as a major player in Batman, Inc.–further evidence that Batman has lost touch, because during the B&R comic Jason Todd was a vicious, murdering vigilante.)

There’s an element of classic Batman here, too.  He’s planning for everything, again.

And it’s not just the multiple identities, it’s preparation for the final big bad: 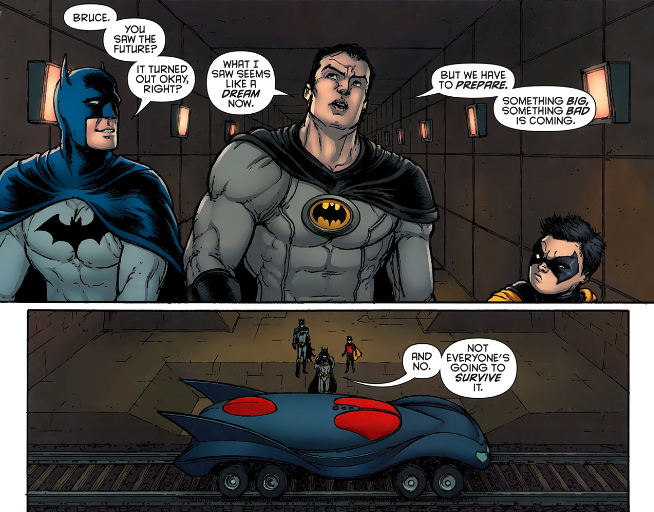 Anyone who says killing Damian was a marketing ploy suddenly concocted to boost DC’s lagging sales should go back.  There’s been indications from the beginning that he would die. 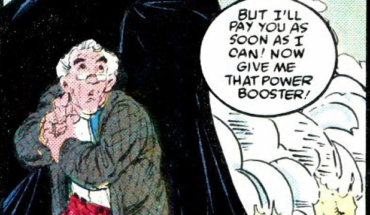