The second-most-respected industry award (after the Eisners) nominees have been announced.  My comments and predictions for the major categories follow: Best Writer
Matt Fraction, HAWKEYE, Marvel Comics
Joe Hill, LOCKE AND KEY, IDW
Tim Seeley, REVIVAL, Image Comics
Scott Snyder, BATMAN, DC Comics
Brian K. Vaughn, SAGA, Image Comics
Mark Waid, DAREDEVIL, Marvel Comics
What a great set of nominations!  It’s hard to pick just one.  I’ll eliminate Joe Hill because this year’s final installment of Locke and Key was good but nowhere near as good as the miniseries that preceded it.  Scott Snyder’s Batman just doesn’t work for me—it’s plodding and feels rudderless (and worth, humorless).  Revival’s first arc was good, the series is running out of steam in my view, so let’s cut that one out. Fraction’s Hawkeye and Waid’s Daredevil are two of the best superhero books on the market.  But nothing tops Vaughn’s character work and incredible imagination in Saga.  Winner: Saga.

Best Artist
David Aja, HAWKEYE, Marvel Comics
Greg Capullo, BATMAN, DC Comics
Mike Norton, REVIVAL, Image Comics
Chris Samnee, DAREDEVIL, Marvel Comics
Fiona Staples, SAGA, Image Comics
First of all, I had no idea that Revival was so well-liked.  I never hear about it anywhere.  Which is why I give the edge to either David Aja or Fiona Staples.  My pick would be Staples, and I think the Awards committee will agree.
Best Cartoonist
Jaime Hernandez, LOVE AND ROCKETS: NEW STORIES, Fantagraphics
Jeff Lemire, THE UNDERWATER WELDER, Top Shelf
Terry Moore, RACHEL RISING, Abstract Studios
Chris Ware, BUILDING STORIES, Pantheon
Adam Withers and Comfort Love, RAINBOW IN THE DARK, uniquescomic.com/rainbowinthedark
I don’t understand this category.  What’s the difference between an artist or a cartoonist?  Because I am always awed by Terry Moore’s work, and if it ain’t art then the folks nominated in the artist category damn sure ain’t artists.  So I don’t know how to pick this one. Best Inker
Steve Ellis, ONLY LIVING BOY, Bottled Lightning
Jonathan Glapion, BATMAN, DC Comics
Klaus Janson, CAPTAIN AMERICA, Marvel Comics
Mark Morales, AVENGERS VS. X-MEN, Marvel Comics
Bob Smith, LIFE WITH ARCHIE, Archie Comics
If there is an inker award and Klaus Janson is nominated, then Janson wins in my book.  Nothing else matters, really.  But he probably won’t win here, since Captain America is kind of a shit comic.  (I like it okay, though.)
Best Colorist
Laura Allred, FF , Marvel Comics
Matt Hollingsworth, HAWKEYE, Marvel Comics
Tito Pena, ARCHIE, Archie Comics
Ed Ryzowski, GUTTERS, Web comic
Fiona Staples, SAGA, Image Comics
Coloring is something we tend to take for granted, unless it really jumps out.  And the coloring on FF, Hawkeye and Saga do in fact jump out.  Giving it to Staples is almost like cheating, though, since she’s coloring her own work.  And while the colors on Hawkeye are terrific, Laura Allred’s retro-style coloring on FF make that quirky, wild comic book even better than it already is.  Winner: I pick Allred, but I bet it will go to Staples or Hollingsworth. 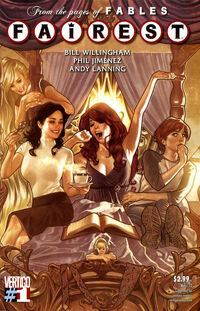 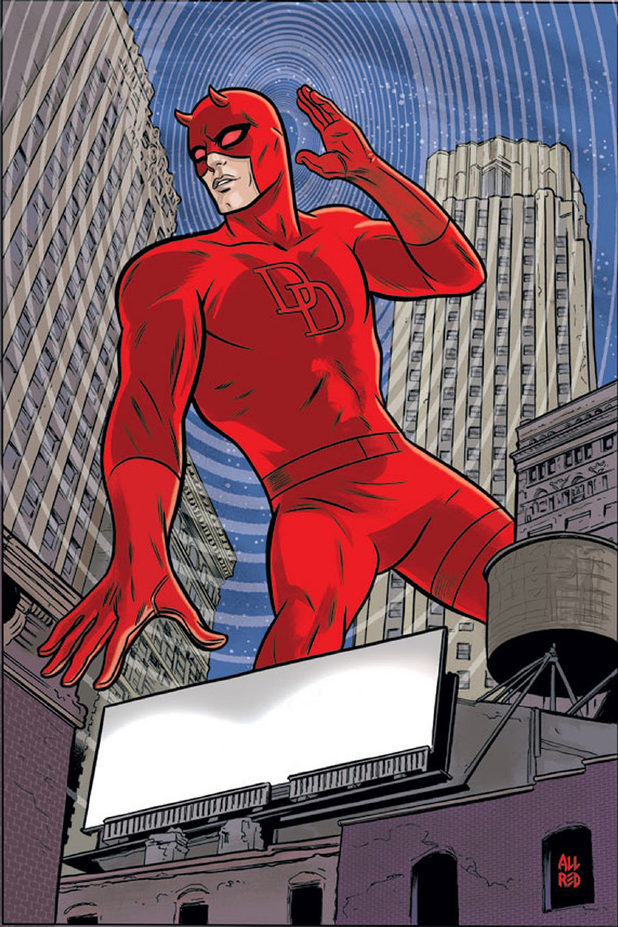 Best Continuing or Limited Series
BATMAN, DC Comics
DAREDEVIL, Marvel Comics
HAWKEYE, Marvel Comics
LOCKE AND KEY, IDW
RACHEL RISING, Abstract Studios
SAGA, Image Comics
I don’t think you should be able to be nominated both here and under “new.”  It doesn’t make sense.  I’m happy if many of these win, I just hope they don’t give the same award in both categories.
Best Graphic Album – Original
BUILDING STORIES, Pantheon
THE CARTER FAMILY: DON’T FORGET THIS SONG, Abrams ComicArts
MY FRIEND DAHMER, Abrams ComicArts
RICHARD STARK’S PARKER: THE SCORE, IDW
THE UNDERWATER WELDER, Top Shelf
Building Stories will win because I’ve never seen so much good press on a comic.  But the under-the-radar My Friend Dahmer should win: It was the most creative, different autobio-comic I’ve read since Jeff Brown’s first work.
Best Single Issue or Story
BATMAN # 12, DC Comics
BUILDING STORIES, Pantheon
HAWKEYE # 1, Marvel Comics
LOCKE AND KEY: GRINDHOUSE, IDW
THE MIRE, BeckyCloonan.net
SAGA # 1, Image Comics
TALES DESIGNED TO THRIZZLE #8, Fantagraphics
I love Hawkeye, but #1 sucked.  It drove me away from the comic for a few issues until I had to go back and see what all the hype was.  And how can they call Building Stories a “single issue or story?”  It’s massive and full of different stories.  It should lose on principle.  I love Becky Cloonan, but The Mire didn’t click for me.  Saga #1, on the other hand, rocked my world.  That’s my pick.  Yes, there’s a pattern here.  Saga is to 2013 what Daredevil was to 2012.
Best Biographical, Historical, or Journalistic Presentation
ALTER EGO MAGAZINE, TwoMorrows Publishing
JACK KIRBY COLLECTOR, TwoMorrows Publishing
TEAM CUL DE DE SAC: CARTOONISTS DRAW THE LINE AT PARKINSON’S, Andrews McMeel
MARVEL COMICS: THE UNTOLD STORY, Sean Howe, HarperCollins
ROBOT 6 WEBSITE, Comic Book Resources
Sean Howe’s book kicks ass.  Other than the fact that Berkeley Place should win as a write-in, I’d be thrilled for Howe to get feted.
Harvey Awards
Tweet Pin It