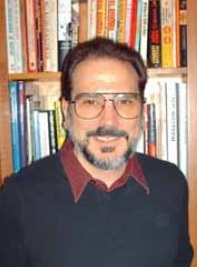 Ask diehard comic fans to name the “greatest” writers in comics, and you’ll generally get a predictable list: Alan Moore.  Grant Morrison.  Chris Claremont.  Brian Michael Bendis.  Frank Miller.  One name you won’t usually hear is Roger Stern.  Why?  Because unlike the “recognized” greats, Roger Stern never once tried to reinvent the superhero genre.  He doesn’t wax philosophical.  He doesn’t question the art form or its meaning in a larger sense.  He doesn’t create dark, heavy universes with overt political messages or implicit moral agendas.  He just tells great stories.  He isn’t quirky like Steve Gerber.  He isn’t epic like Jim Starlin.  He isn’t deep or heavy. He’s happy to play with corporate characters and make them (gasp!) fun, interesting, and crisp.  His work focuses on character, not mood.  In this way, he’s a lot like other underappreciated “big two” writers like Dan Slott, Kelley Sue DeConnick, Kurt Busiek (who frequently collaborated with Roger), and even Stan Lee himself.

And he’s written just about everything, with seminal 1980s runs on Spider-Man, Captain America, The Avengers, and Doctor Strange—all of which are pretty much accepted as representing some of the best stories ever told in those comic titles—and worked with just about every big artist of the 1980s, including Michael Golden, Paul Smith, John Byrne, Mike Mignola, John Buscema, and, of course, John Romita Jr.

Picking my favorite Stern story is easy.  Regular readers of my site probably know what I’m going to pick even before looking at the list.  But picking ten is impossible.  After all, it was Roger Stern’s run (his entire run) on Peter Parker and Amazing Spider-Man that really cemented my fanboy status.  I could pick ten stories from those runs alone.  But his Avengers run was one of the top three of all time.  And his Doctor Strange work was the only Doc Strange title worth reading. Pretty much ever.  He also wrote the first Avengers vs. X-Men comic—long before the “event” was even a concept.

And then of course there was that thing he did where he killed the most well-known superhero of all time and made the front page of most major newspapers.

Oh, and he edited a ton of books for Marvel as well, including a little-known book by Claremont and Byrne called Uncanny X-Men…
So, how much can I cram into my list to do justice to one of my favorite writers of all time?
Let’s find out.
Comic Book Top Ten, Roger Stern, Roger Stern Spider-Man
1 2 3 4 5Next
Tweet Pin It 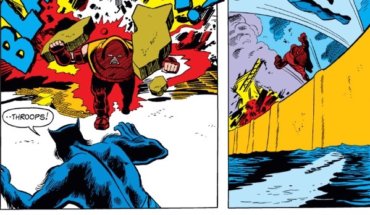