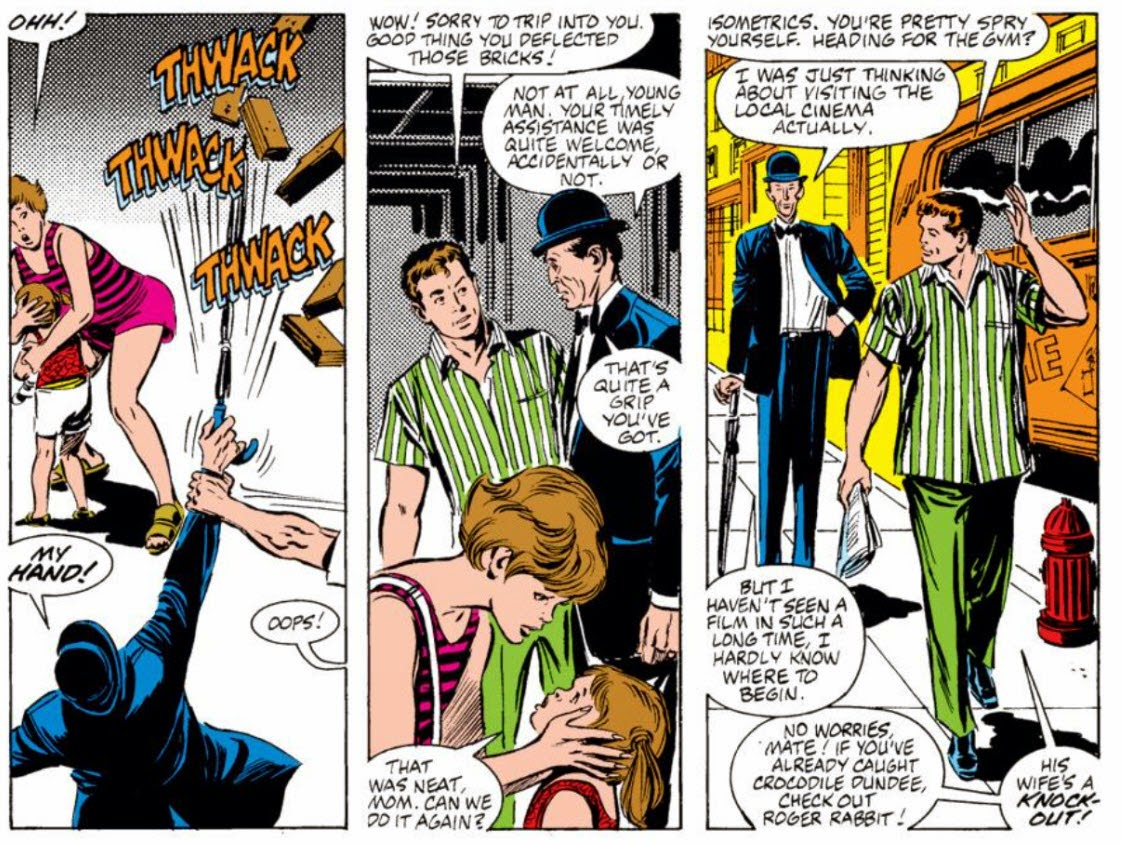 Marvel tries to make us believe the Avengers are really broken up by having Jarvis move out of the abandoned mansion and move in with girlfriend.

And Peter Parker helps save him from some falling bricks.

He also has some strange adventures fighting a NY City phonebooth.  Seriously.  You have to read it–it’s good.  A bunch of Transformer-like machines terrorize NY, and without The Avengers Jarvis has to step in. 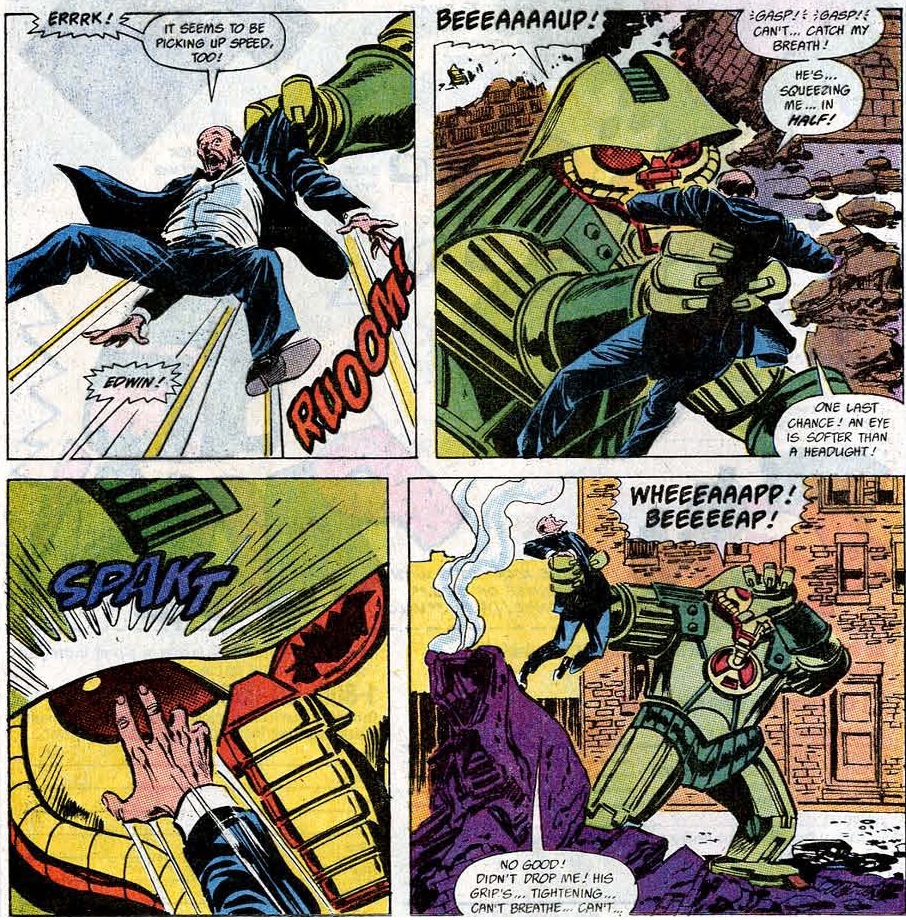 The only Avenger that appears is The Captain, who comes in to save the day from the killer carbot.  Jarvis then appeals to him to re-form The Avengers.

In the end, Jarvis is worried his gal Glory was so impressed by Cap that she won’t be into Jarvis anymore.  And she says something sweet…