Based on the cricial success of the “Captain Marvel” back up features in the Justice League comic, Geoff Johns has been tapped to write the script for a Shazam movie, to be produced by Warner Bros. in 2016. In a particularly interesting twist, they are casting an Asian actor for the lead. “We will be playing with the origin story, but overall this is the same character everyone has loved since the 1940s,” said Johns.

I’m linking to an unreleased test shot of Captain Marvel–I need to post it after a jump since it’s an illegal release and I don’t want to get in trouble. 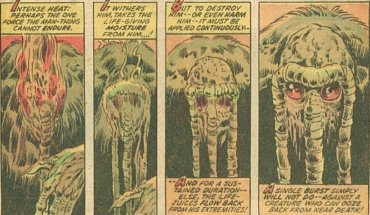