Not even a “new” banner could get people to buy comics about Firestorm and Hawkman.  They are stupid characters who look stupid, and they’ve never been able to support a book for any length of time.  DC is also cancelling part of its horrible, misguided efforts to mainstream Wildstorm and a few others: Deathstroke, Ravagers, Sword of Sorcery and Team 7.  Hawkman will go back where be belongs: The Justice League B-Team (the new JLA book).   Amethyst will move over the Justice League Dark.  Gemworld was a horrible comic from its inception way back in the 1980s.  Why did DC revive it?  Is that really “new?”  I mean, the only stupider idea I can think of is reviving He-Man.  Oh.  Wait.
I also think it’s time to stop calling it the “New 52,” especially since most of the titles are just rehashing the same stories that were told—and told better—in the original DCU.  Of course, Marvel Now! will always be now.  That’s the brilliance of calling it “now.”  Once again, Marvel is smarter than DC.
Click on “more” for news about the new Iron Man cartoon, Star Wars, the next big Marvel event, and much more….
MORE DC CHANGES.  The top headline today was about cancellations, but DC’s also continuing to rearrange the deck chairs on its sinking ship: Mike Johnson is being replaced by Michael Alan Nelson as the writer of Supergirl.  Which is too bad, because SG was actually a decent book.  Not good enough to buy, but good enough to read.  Justin Gray and Jimmy Palmiotti will be writing Batwing—which may actually get me to buy that book.  They are taking over for that hack-who-keeps-getting-work-because-he-once-did-good-work-with-Deadpool Fabian Nicieza. And, of course, there’s the new Vibe comic

coming.  Because DC is the House of No Ideas.
IRON MAN ANIME.  Coming April 2013, Madhouse will release a full-length anime Iron Man movie (they did the X-Men, Wolverine, Blade and Iron Man animes that were shown on G4 last year).  It will include appearances from War Machine, Nick Fury, Black Widow, Hawkeye, Ezekiel Stane, and Punisher(!).  It’s unrelated to the Punisher/Black Widow animated film being created by Marvel Studios.  Thomas Jayne, the only good movie Punisher in history, is still clamoring for a chance to revisit the character…Could Marvel be testing the waters for interest?
INFINITY.  The next Marvel event, after Age of Ultron, will feature Thanos.  There’s a shocker.  It will be promoted on Free Comic Book Day.  If you recall, AoU was also promoted on FCBD, and it still hasn’t started.  It was pushed back by Marvel Now.  But I’m betting this one won’t be delayed because there’s a couple relevant movies coming out in the next 18 months—Guardians of the Galaxy, Iron Man 3 (who will be part of Guardians), and Avengers 2.  The promo book will be by Jonathan Hickman and Jim Cheun.
THE FUTURE OF STAR WARS.  J.J. Abrams will be the director of the next SW movie, and there will be spin offs including a solo Solo movie.  I just don’t care.  If you’re interested in this, Chris, you may have to look elsewhere for new and gossip. 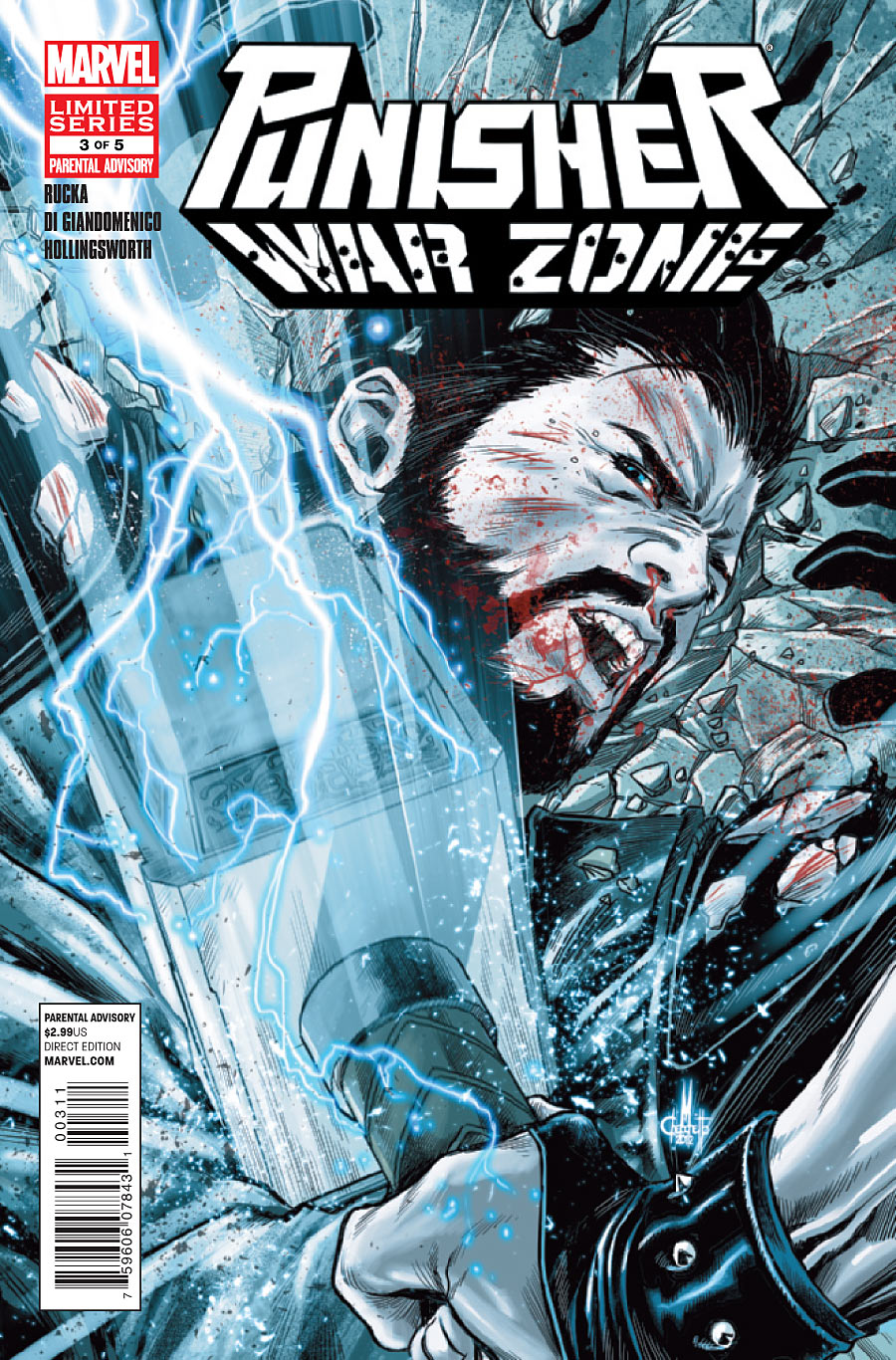 PETER DAVID STILL RECOVERING FROM A STROKE.  Help him out here.
PLANET HULK LIVE MOVIE?  Very much a rumor, but it’s already started.  There’s buzz that the post-credits scene in Avengers 2 will be Tony Stark and other major players in the Marvel U shooting Hulk off into outer space.  Without the rights to Fantastic Four, X-Men, or Spidey, it’s hard to imagine how Marvel Studios could pull off World War Hulk.  But Planet Hulk seems possible.  Actually, it would make a terrific premise for that Guillermo Del Toro Hulk TV series we keep getting promised/teased.  Anyway, the rumor is that the Avengers 2 story is the basis for the first Hulk solo film, and then A3 will be Hulk’s return to Earth in a very, very bad mood.  I’d pay to see that.
PUNISHER IN MARVEL NOW.  I just want to take this moment to note that Daniel Way’s Thunderbolts still sucks and I hate it for what it has done to a character who finally was starting to cook under Greg Rucka.  That is all.
Comic Book News
Tweet Pin It