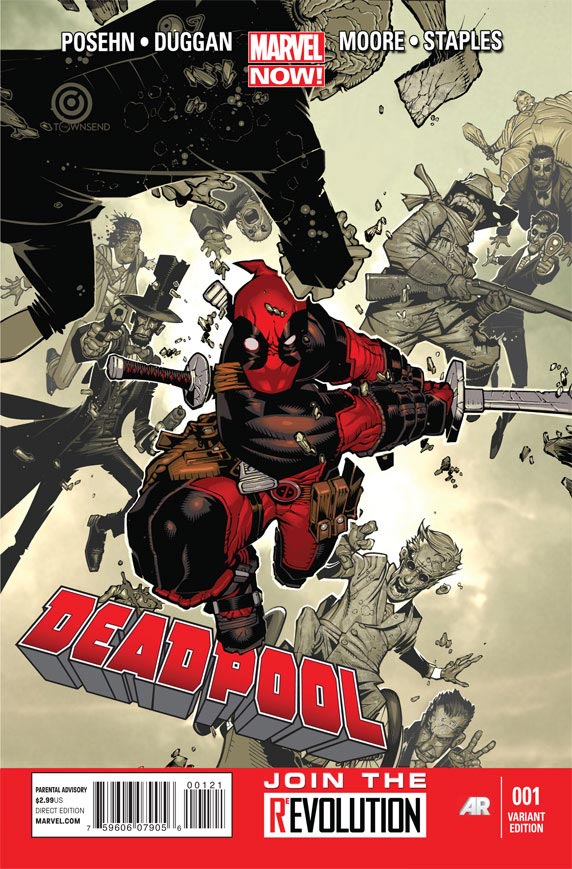 Above the fold, I have to point you all to this interview with the new creative team (writers, but not artist) behind Deadpool’s “Now!” relaunch.  Why?  Because of what writer (and stand up comic) Brian Posehn says about the new Deadpool….

He’s still a Merc with a Mouth. The only thing we’ve changed is that now he can fly — and let me finish — he has a penis that can see the future. Those are the things that everybody loves about Deadpool, right?

And that’s why I’m looking forward to the Deadpool reboot more than any other.  Now, hit the break for some news about Garth Ennis and Darick Robertson’s “The Boys;” the latest Mark Millar movie project; and more!

THE BOYS ENDS IN NOVEMBER.  True fans of Garth Ennis and Darick Robertson’s hardcore, borderline x-rated series already know that the last issue is coming.  And, frankly, it’s about time.  The book was great in the beginning, then good, and now it’s kinda sorta good sometimes.  It just ran out of steam.  It’s tombstone will be issue #72.  The movie version is allegedly still in development, but it’s hard to image such a raunchy, violent, profane book making it to the big screen in anything close to the condition it was created in.

ELSEWORLD’S 80-PAGE GIANT.  The 1999 “space oddities and tall tales” satirical collection has been re-released digitally.  The book was an anthology by some of the best, most off-beat creators of the late 1990s: Tom Peyer, Dan Curtis Johnson, Chuck Dixon (the creator of Bane), Ariel Olivetti, Kyle Baker (who contributed “Superman’s Babysitter”) and others, but it was killed during its release by DC comics—they sent a few shipments out, but then recalled the book and destroyed every copy.  From what I hear, it was kinda like the classic “What If #34,” in which Marvel spoofed its own characters and concepts.  I’ve never gotten to read the entire Elseworlds book—so I’m really looking forward to it.  It’s kind of a legendary book.

LEAVING MEGALOPOLIS  The writer/artist team of Gail Simone and Jim Calafiore, who were responsible for the most outside-the-box regular series in DC’s pre-New 52 stable (The Secret Six) are going indie!  They’ve launched a kickstarter for a new books that sounds awesome: “When the caped heroes of the world’s safest city inexplicably all turn into homicidal lunatics, no one is safe.”  It will be an 80-page original graphic novel, and donations will be rewarded by original sketches, variant covers, desktop wallpaper, thank you credits, and signed scripts.

CUL DE SAC ENDS ON 9/23.  Sadly, Richard Thompson’s battle with Parkinson’s means that the best comic strip around will be ending in less than a month.

DAREDEVIL MAY BE DEAD IN THE WATER, BUT JOE CARNAHAN LIVES ON…Mediocre comic book writer and brilliant idea man/hype machine Mark Millar has announced that Joe Carnahan will be directing a movie version of his recent Nemesis comic, which Millar sold to the public as “what if Batman was a bad guy?”  So much for the Daredevil movie that Carnahan had been aggressively promoting.  (Rights to make a film version of DD reverted to Marvel Studios a few days ago, and Marvel’s movie roster is completely full through 2015.)

ARROW.  It’s starting to look like DC won’t make the same mistakes with its new Green Arrow TV show that it did with 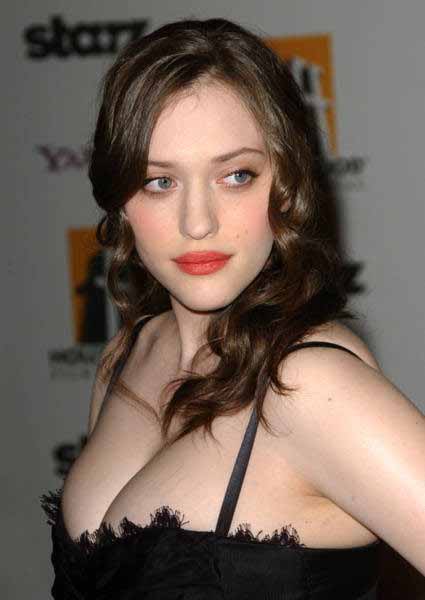 Smallville by not allowing other DC characters to appear on screen.  We’ll be seeing, in the first few eps, Deadshot and the Huntress.  Any chance this will be good?

OLDBOY.  This is kinda like comic news, since there’s a manga about the original movie…Spike Lee has hired Samuel L. Jackson to play against star Josh Brolin in his remake of the classic Chan-wook Park ultraviolent flick.  Jackson’s gonna play the dude Dae Su does dental work on.  And if you don’t know what I’m talking about, you haven’t seen the original.  (And you won’t see this scene in Lee’s remake, as he’s changing it up to a different kind of torture apparently.)

KAT DENNINGS’ BOOBS TO APPEAR IN THOR 2.  Let’s face it, there are only two reasons anyone wants to see Kat Dennings act.  And they’ll be reprising their role in the sequel to Thor.  Also, Adewale Akinnuoye-Agbaje has been cast as a villain.  I’m sure at least he will appear without his shirt on.

AND LAST BUT NOT LEAST…Geoff Johns apparently has given up writing comics completely, and instead will pile stunts on top of each other and see how long people will keep reading the Justice League.  As for me, I’m done with it.