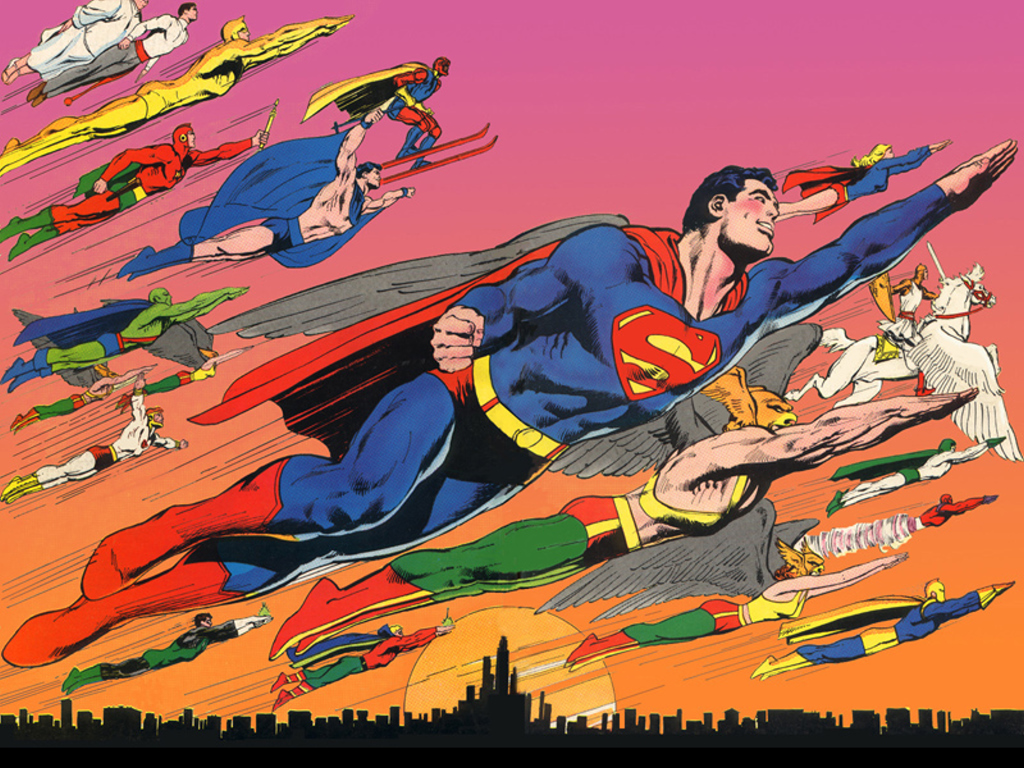 I missed posting news two weeks ago, (I was sick!) and then SDCC came along…So, like I do each year, I’m trolling the ‘net and looking for the most interesting (to me) news to come out of Comicon (or elsewhere), and providing it in three installments, chockablock with stuff you may have missed or stuff you may have read before, but bears repeating.

GRANT MORRISON’S BATMAN.  I like Scott Snyder’s work, but in many ways Grant’s Batman will always be the Only One That Matters.  At SDCC’s Batman panel, DC promised that Batman Inc, in issue #5, will bring back the future Batman timeline in which Damian has inherited the cowl (see Batman #666).

THE INFECTION OF ROTWORLD WILL SPREAD BEYOND ANIMAL MAN AND SWAMP THING.  I gave a big thumbs up to the first 5 issues of Swamp Thing and Animal Man.  Then, the next 5 issues restated what they said in the first five.  And there appears to be no end in sight to the amount of times Animal Man can say “Wow!  My daughter’s really important!” or Swamp Thing can say “Woe is me!”  Now, Jeff Lemire promises to bring the Rotworld story into Frankenstein: Agent of S.H.A.D.E.  This presents yet another reason to cut down on my DC subscriptions.

NEIL GAIMAN RETURNS TO SANDMAN.  Lots of folks love this book.  It never resonated with me, but I get how important this’ll be to some of you.  It’ll be a prequel.

IN GREEN LANTERN NEWS…I’m not a fan of GL.  I think he’s stupid.  I like him about as much as Frank Miller did in All Star Batman and Robin.  But I feel I must report that there’s a new fleet of GLs in the new 52, called The Third Army, which is also what I call my penis.

TIM DRAKE WAS NEVER ROBIN IN THE NEW DCU.  Apparently, he was only Red Robin in the new 52.  So much for the new 52 not touching Batman continuity.  And so much for the comics speaking for themselves; Scott Lobdell had to clear this up at a Comicon panel—but shouldn’t folks who actually read the comic books featuring Tim Drake already know this?!

BEFORE WATCHMEN.  I don’t know if any of you are reading it, but I read the #1s for all the titles…And won’t be reading the #2s for any of them, except maybe Amanda Conner’s.  In fact, BW is so lame that at the SDCC panel, Quentin Tarrantino broke in and announced a DC miniseries adapting his new movie “Django Unchained.”  Film adaptations generally sell poorly, and this one has absolutely nothing to do with Before Watchmen.  It’s as if DC knew nobody would mention the BW comics unless something wholly unrelated happened at the panel….

MARC ANDREYKO RETURNS TO D.C.  Way back when, there was a great little DC series called “Manhunter,” which was written by Andreyko.  He’s returning to write a Blue Devil/Black Lightning arc in “DC Universe Presents.”  That I will buy.  Or at least read.  I was a huge fan of Andreyko’s Manhunter title.  Note: You can probably pick up the back issues for a buck each at your local comic store.

Next: News about “other than DC or Marvel”!