If you ask any true comic book fan what is the greatest kids comic book of all time and they don’t say Power Pack then, well, you know you shouldn’t be friends with them.  The foursome, created by Louise Simonson, came into comic books in the late 1980s when the rest of the world was drinking Frank Miller’s Kool Aid and getting cynical, and proved that comic books could play to multiple levels: Kids, teens and parents alike could all dig Power Pack.

But why did I pick baby Katie instead of her sister or brothers, who typically get much more face time?  Because she is not, and has never been, cutesy.  It’s really a tribute to those who write her—and to Marvel’s editors—that a little girl with a stuffed animal and a blankie has a unique voice and doesn’t talk babytalk.  Kids like books that don’t talk down to them, and Power Pack is the finest of them all. Garfield Logan wasn’t created by Marv Wolfman, but he might as well have been because it was in the pages of Wolfman and George Perez’s groundbreaking revival of The New Teen Titans that Logan became a character with a soul.  Sure, the Doom Patrol books of the 1960s and 70s were pretty neat and all, but it was his love affair with the traitor Terra that gave the character depth and heft.  And it was his friendship with the other “monster” on the team, Cyborg, that made him vital.  Where Cyborg tends to mope, Gar takes the opposite approach to be a jester—like Marvel’s blue Beast.  In so doing, he gave a sense of humor to the Titans, which would otherwise have become leaden with the weight of characters like Raven, Cyborg, and Wonder Girl.

Is it cheating to pick a comic  book character who is not only real, but who few people even know about as a comic book character?  No, it’s not.  And here’s why: Nonfiction, nonsuper, noncrime comic books are a tough sell.  Nobody wants to read them.  Hell, even I don’t want to read them most of the time.   But the honesty, and the power in Pekar’s honest, unvarnished, and unashamed self-portrait was stunning and genre-breaking.  We haven’t seen much change in the industry (yet) based on his autobiographical efforts, but it’s not a stretch to say that books like Maus wouldn’t have existed without it.

It also served as a vehicle for many comic creators who were far better known than Pekar himself; he worked with Robert Crumb, Dean Haspiel, Gilbert Hernandez, Bob Fingerman, Drew Friedman, Rick Geary, and many others.  In the end, it may be that only real comic nerds can appreciate his impact and efforts…but this is a list by and for comic nerds so, there you go. 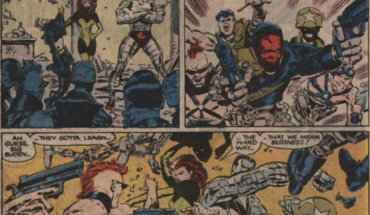 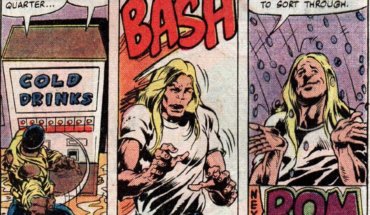