Bucky started out pretty much as a cypher: Nothing but a clear and blatant attempt to give kids someone to relate to in Captain America’s comic book.  But from the ashes of that pandering, a character emerged.  Winter Soldier: The man who was brainwashed into betraying his country and his best friend.  And then, repentent, a new Captain America.

Bucky gave Steve Rogers someone to believe in–an individual to put all of his ideals and faith into.  Behind every other great leader, there’s a great woman, but for a man whose identity was forged in the days of all-male combat, Cap needed Bucky.

There are quite a few good Bucky-as-sidekick stories out there, but for me the definitive Bucky Barnes was the one retconned and filled out by Ed Brubaker.  That’s the one that informed the recent, very good film by the way.

I have to be honest: It was a struggle for me to put Wonder Woman in the top 20.  She’s world famous, she’s had her own TV show and been in numerous cartoons, but I don’t really that much about her.  And I kind of feel like if she were to disappear from the face of DC, nobody would really notice.

That said, everyone knows who she is–if only because she was one of the first.  So I decided I’d put her on the list for her symbolic value as a woman superhero.  It’s also worth nothing that her early books were pretty much about bondage and pin-ups; it was hard, in a male-dominated art form with teenage boys as the primary readership, to create a female with any kind of depth.  (I think Lois Lane was the first, but Janet Van Dyne (see #5 on this list) was the first superheroine.)

Ultimately, I decided she should be on the list, and high on the list, for breaking the ground to create more complex and interesting woman heroes.  At the same time, putting her on the list cancels out the need to put Supergirl on it.  In my view, both characters are essentially tokens.

Recommended reading: None, really.  But if you’re anxious to see her in print, try:

Most writers are content to create one female character who resonates with the fanboy consciousness.  Chris Claremont did it over and over again.  True, Jean Grey was there when he got there, but when he took over The X-Men is was a low-selling book that had been canceled and relegated to a few Giant Size books a year.  He turned her into something indelible.  And he did the same for Storm.  But Kitty Pryde was different.

Kitty was entirely Claremont’s own creation–even if he didn’t pick the name (that was John Byrne).  Kitty was young, smart, and (gasp!) excited by her powers!  She wasn’t afraid to call Professor X a jerk, she brought out the softer side of Wolverine, she killed a giant brood all on her lonesome on Christmas Eve (and, by the way, she was the first high profile Jew in comic books as near as I can tell), and was really the only X-Man to recognize: Hey, we’re working with White Queen!  Isn’t that bullshit?  Didn’t she try to kill us, many times over?!  Kitty and Emma’s mutual snarkiness was a highlight of Joss Whedon’s brilliant Astonishing X-Men run.

And then there’s her love life: There are a few relationships that have emotional consequence in comic books, where the female and male are both essential to the book’s overall storyline but, at the same time, the love between the two of them forms its own story.  You could argue that Clark and Lois are one, but I don’t think so: If Lois wasn’t in the comic book, you’d still have a superhero…And Superman alone, or in the Justice League, is just as much fun.  But Kitty without Colossus was never quite as good.  The two of them together makes for a fuller, richer experience.

Kitty was (and is) one of the most “human” characters in comics.

But that first costume of hers?  Ugh.

Does anyone out there doubt that Watchmen is one of the Ten Most Important Comic Books of All Time.  Along with Action Comics #1, Amazing Fantasy #15, The Dark Knight Returns, Chris Claremont’s Uncanny X-Men, Frank Miller’s Daredevil run, and a handful of other books, The Watchmen changed the way we think about superheroes, the way we read comics, and the way people publish them.  And Rorschach was the man behind that story–the guy who mattered most, and who was the most original.  There was a reason for his name and ever-changing mask: In Watchmen, Alan Moore asked us, the readers, what comic books meant to us and why we worshipped the capes.  Comic books represent escape, but when we turn over our pain and fear to the care of others, and try to bury it in mindless escapism, there is a cost.

But all of that is too deep: The bottom line is, Roschach was realistic, angry, cool-looking, and filled with a sense of purpose and justice.  And that’s really what we want from our heroes. 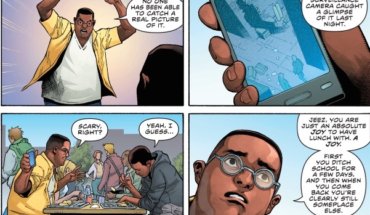 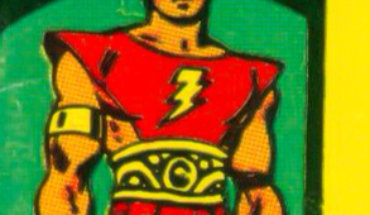