His impact is undeniable: He’s been on the New Avengers and The Defenders.  He’s an original Stan Lee/Steve Ditko creation, which means he looks cool and has cool powers.  He’s a frequent advisor to Spider-Man.  He always knows the right answers, but he’s willing to lay back and let others figure stuff out.  He has the coolest house in Marveldom, and lives in Greenwhich Village.  All these reasons and more.

I’m not the biggest fan of Doctor Strange, but I can appreciate what he added to the Marvel landscape.  And a few Doc Strange books from the 1980s actually changed my life.  Or, at least, my way of looking at it.

The first was about a kid who always had enough money.  That was his power.  Whenever he reached into his pocket, he had exact change.  See, that might sound trivial to you, but try driving down a toll road without that power.  I found it so small, but so intriguing.  I’m sure it was in the range of #50 through #70, but I’ve long since parted with the pamphlets.

The other story was in the same range, and might even have been the same book, but it had a one-page vignette at the end that wasn’t really attached to the main story.  A man is on a bridge, looking over the edge.  Another man in the shadows appears and says, “Do you feel miserable?”  The first man, who is clearly thinking of

jumping, says, “Yes.”  The shadowy man (who I’m pretty sure was supposed to be Doc Strange) says, “Well remember this feeling.  You may never feel this way again for the rest of your life.”  At the time, I was a severely depressed kid who needed a message like that: One that said (a) I might feel better and (b) even if I didn’t, feeling something was probably better than feeling nothing.

In short, Stephen Strange is significant enough for this list because: the old Steve Ditko issues represent some of the best Ditko art ever, he lives in Greenwhich Village, his costume is pretty fly for a white mystic, and…He’s got some of the coolest villains EVER!  We’ve got Baron Mordo, the Mindless Ones, Dormammu, Nightmare (who I think inspired Neil Gaiman’s Sandman)…All terrifically designed characters.

Also known as “the black chick from Y: The Last Man,” Agent 355 was the classic samurai with the heart of gold.  She served as a protector, advisor, lover, friend, and co-conspirator on the round-the-world journey of the last man on Earth.

Y preceded The Walking Dead by several years, and as such it was an even earlier example of extended decompressed storytelling–but this was about as high concept as you can get.  It was easy to imagine this series going off the rails, or never getting on the rails in the first place, but it never did.  From issue one all the way to the end, this series continued to defy expectations.  An indie book that even got props from The New York Times and Variety.

So at least one character had to be represented on this list.  I picked three-five-oh of the Culpepper Ring because she was just so damn cool.

Thor had been around for decades wielding Mjolnir, with it’s inscription: “Whosoever holds this hammer shall have the power of Thor!” or something like that.  Although a few characters picked it up from time to time (Drax, Captain America), and others tried and failed (Hulk), no writer ever thought to have someone pick it up and take it away.

When Walt Simonson took over Thor, the book was in the toilet.  Nobody was buying it and nobody cared–the book was on the verge of cancellation.  With his first issue on the title, Simonson had a guy with an orange, evil-looking face smashing the logo with … Thor’s hammer.  Who wouldn’t pick that up?

The book was an immediate sell out and within a few months was worth over a hundred bucks.  Back when people cared about the art form and collected single issues, Thor #337 was an overnight sensation.  Bill captured the imagination of a new generation of Thor readers and it’s highly possible that, were it not for Simonson’s brilliant idea to give the title character of the Thor book a rest and let old horsehead take the reins (pun intended), we might never have even seen a Thor movie.

Suggested reading: The Thor Omnibus by Walter Simonson (if you can afford it and have a boatload of money); otherwise:

A comic book based on a toy that inspired improved in the line of toys and was written by one of the classic 1980s comic book authors, Larry Hama.  And out of all of the characters he created on his extended run on the G.I. Joe: A Real American Hero comic book (and beyond), Snake Eyes is far and away the most indelible.

And for those who scoff and say that a toy-tie-in can never qualify as an imporant comic book character, I say: Go read GI Joe #21, the all-silent issue.  Or check out some of the longer storylines featuring the ninja soldier: They’re well written action books, and largely because of Snake Eyes, these war books survived–no, thrived–even against the superhero-dominated comic book landscape of the early 1980s.

And my third and final argument: It’s been over thirty years, and millions of people of all ages still know who Snake Eyes is… 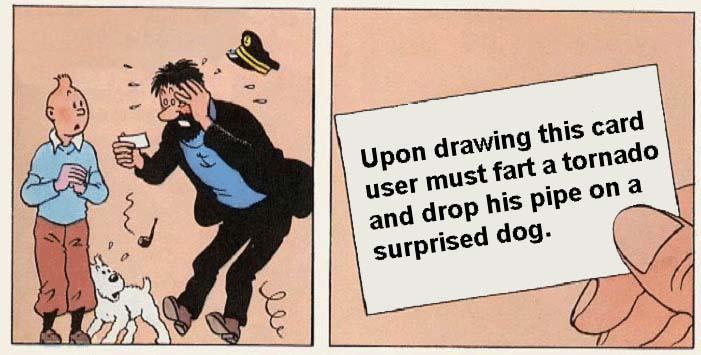 In the days before Jim Starlin invented the commercially viable original graphic novel, and still almost two decades before Joe Quesada figured out that Marvel could repackage previously published pamphlets in hard- and paperback form and move many units, if you wanted to take a comic book story on the road with you and not have to worry about five or six issues crammed and crushed in the bottom of your backpack, you had two choices: Asterix or Tintin. I was a Tintin guy.

I read every issue.

Apparently, Steven Spielberg was, too.  (And an Asterix movie is also on the way, soon.)  Tintin was the Seinfeld to a cast of strong supporting characters who often overshadowed him, but he was the emotional heart of the stories, the center, and as a somewhat androgynous, ageless lad, he was someone all of us kids could look up to.  Other than a few missteps (notably, Destination Moon, one of the few Tintin books that actually got a movie treatment) the stories were consistently great.  And they were comic books you could read without your teacher/parents making ugly faces at you.  Hell, my mom read ’em herself.  Usually with all ages books, there’s a sacrifice of a mature narrative or, at a minimum, a touch of condescended.  Not so with Tintin.

Like Jerry Seinfeld, Tintin proves that you can work clean and be successful. 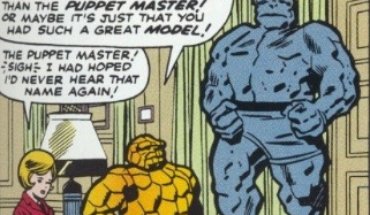 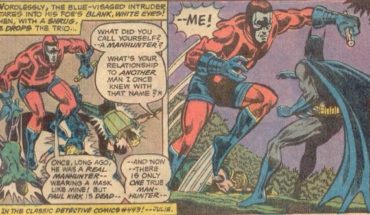 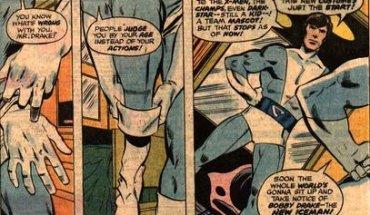