If it were up to my oldest son, Deadpool would be number one on this list. It’s out of a compromise agreement that the Merc with a Mouth is here at #31, because I just don’t find him all that influential.

On the other hand…There’s constant chatter of a movie deal.  He’s got countless books out every month.  He was one of the most fun playable characters in Marvel Ultimate Alliance.  And he was the best enemy in Spider-Man: Shattered Dimensions.  He looks cool.  And he’s part of the X-Force team, which is one of the best monthly books on the market right now.  So, yeah, he’s cool.

But there’s so much controversy around him.  Folks love him or hate him.  And then there’s those who liked the Joe Kelly version and hate current, jokier Deadpool.  Or those (like my son) who prefer Pool-O-Vision to any other point of view.

And I have to say, the foolishness with the little yellow boxes and being annoying and breaking the fourth wall and all?  I do like that quite a bit when it’s handled well.

Best Deadpool stories for the uninitiated: 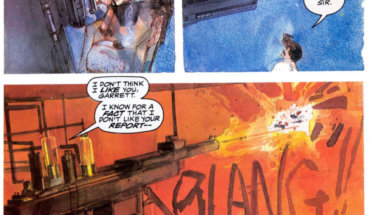