Let us not quibble needlessly, as you peruse this list, over the fact that there are so damn many filthy mutants.  Or that I put two blue furry ones in a row.  The X-Men are, quite possibly, the most important team in comic book history.  Unlike JLA and Avengers, which combined proven solo-artists to form supergroups, X-Men has always been a group dynamic.

Nightcrawler, the devout Christian, is one of the moral mainstays of the group.  Quiet and humble, with a sense of humor and a true compassion, he was (he’s dead) probably the kindest X-Man.  And he looked like one of the most fearsome.  His first appearance was reminiscent of Frankenstein: A misunderstood Germanic creature being hunted by villagers with torches…

In his early days, his character was developed by bouncing off of Kitty Pryde, who was revolted by Kurt’s appearance, hurting his feelings…But he never faltered in his forgiveness.  Later, he became more confident and critical to the development of the team, and served as a kind of

Nightcrawler, you are missed.

(Some of) the best Nightcrawler stories:

Has Gus been around long enough to break into the top 50?

Sweet Tooth is brilliant.  There can’t be doubt about that.  And it’s a hard sell: A kid with deer antlers in a future where disease has killed off most “normal” humans and animal/human hybrids are hunted down by creeps and scientists alike.  Gus has the sweet naivete of a deer, but a human’s will to survive, and watching him mature–and come to accept–that the world is a scary place has been one of the most touching comic book experiences I’ve ever had the pleasure of having.

Iron Fist was created by Avengers writer Roy Thomas and renowned Green Lantern illustrator Gil Kane way back in 1974, when karate movies were all the rage.  He was passed along from creator to creator like a frosh at a frat party (passing through the notable Chris Claremont and John Byrne team) until finally, in 1978, he was paired up with Power-Man (see #15, below).  Together, two B-listers based on B-movies (Cage was the fruit of blacksploitation films) got their own book…And spent 75 issues of pure mindless superhero bliss together before finally being cancelled.

Iron Fist remained popular among the Marvel nerds, however.  After several failed attempts to revive him, rising star Ed Brubaker and then-indie darling Matt Fraction came aboard, with the art chores by David Aja, took on an “Immortal Iron Fist” title and created what many believe is one of the best runs of all time.  Well, maybe not many.  But me, at least.  It’s a fantastic book.

Iron Fist matters because he’s another example of a truly “fun” character.  Every issue of Power-Man and Iron Fist was a joyride, and although Immortal Iron Fist had a more complex narrative, it had the wonderful device of “Iron Fists through time.”  This, in turn, produced the Immortal Weapons–another great group of supporting characters. 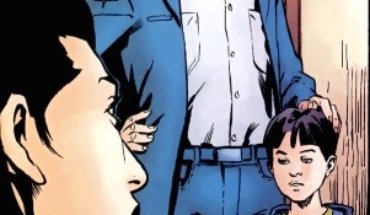 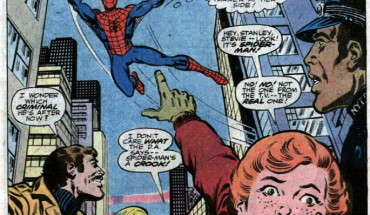