HULK SMASH AVENGERS.  Coming February 2012.  “Hulk Smash Avengers” will be a 5-issue weekly mini designed to shamelessly build up to the Avengers movie.  It will be “Hulk vs.” battles that take place from 1960 on—one for each decade–all with covers by the great Lee Weeks.  The talent roster for each of these self-contained issues is:

I have to say, the only one I’m really interested in is #3, because I’m a big Roger Stern fan and want to see what he’s up to these days, but the 1960s one has potential.  They really could have skipped the 1990s.  Most of us who actually enjoy our comic books try to pretend it never happened anyway.  Frankly, they should just either do an animated version of World War Hulk or re-release that series and the tie-ins as a big package.  I was a huge WWH fan—great, big, brawling fun.
Lots of other news rolling out of NY Comic Con this month—too much for me to keep up on in a timely fashion.  So, you may already know much of this.  Or not.  Hit the break to find out….

SECRET AVENGERS.  I have to confess that I missed the Warren Ellis arc on this book, largely because the Brubaker issues were so intolerably bad.  But now that Steve Rogers is back in the Captain America underwear, he’s off the Secret Avengers and the mantle is being passed to Hawkeye, who hasn’t let a team since West Coast Avengers.  The series will now be scripted by Rick “Venom/X-Force” Remender.  He’s proven he knows how to do covert ops books, so this is good news.  He’ll be bringing Captain Britain to the team, as well as a whole new roster.
VENOM JOINS THE FANTASTIC FOUR.  Actually, my hopes of Venom on Secret Avengers are unlikely to come true, being that a February 2012 story arc in the symbiote’s own book promises he’ll be joining the F4.  Back in the Dark Days Of Marvel (a.k.a. the 1990s), the FF lineup was revised to consist of Spider-Man, Wolverine, Doc Strange, and Ghost Rider.  It was awful, despite that it was created by Walt Simonson and Art Adams.  But rather than blot it out, Venom is joining a new FF with Rulk, X-23, and Ghost Rider.  The good news?  The first issue will be drawn by Tony Moore, who has never done a bad project when teamed up with Rick Remender.  Seriously.  If you didn’t like Frankencastle, you take your comics too damn seriously.  And you’re probably one of those guys who complains that superhero books are stale, but when someone comes along and really shakes up the genre, you bitch that he’s not faithful to the characters.  Remender’s never been afraid to deviate from expectation.  (Note: Jeff Parker and Rob Williams are also writing installments of the arc.)  Anyway, Marvel is calling this “The Venom Event,” and they’re running the book on a weekly schedule in February with issues 13, 13.1, 13.2 and 13.3. So, if it sucks, at least it’ll be over quick.  And if it doesn’t, we’ll get to read it nice and quick.  Win-win.
GRANT MORRISON’S WONDER WOMAN.  This project, which involved research discussed in Morrison’s Supergods book about the roots of feminist theory and the bondage-based roots of the Wonder Woman character, may actually see the light of day in 2012.
THE WALKING DEAD.  Over 7 million watched the premier live, another 11 mil DVR’d it, and the show scored a 4-share among 18-49 year olds, making it the most watched basic cable drama in history.  And man did that season premier deserve it.  The suspense was maddening!
AVENGERS 2.  Marvel Studios’ president Kevin Feige has indicated that after the Avengers movie, Marvel will begin the build up to the sequel with Iron Man 3, Thor 2, Cap 2, and potential Doc Strange, Ant Man, Inhumans, and Guardians of the Galaxy movies.
A.D.D.  Written by Douglas Rushkoff and illustrated by Goran “Y The Last Man” Sudzuka, A.D.D. will be a graphic novel under D.C.’s Vertigo imprint about children who are bred, beginning in the womb, to be video game testers.  Sounds weird.  But possibly very cool.
ELFQUEST.  The best-selling creator-owned comic book of all time, which spawned all kinds of merchandise and cartoons, is set to become a movie directed by Rawson “Dodgeball” Thurber.  Dodgeball?!?  On script will be Joe “Dr. Who” Ahearne.  Hm.  Kinda b-list talent for a project that has suckfest written all over it.
MICRONAUTS.  When I was 9 I played with Star Wars figures and Mego Super Hero dolls. I cherished my Captain America and Hulk, and we always fought over the Darth Vader with the light saber built into his arm.  But my favorite were my Micronauts—interchangeable characters with all kinds of wild vehicles and weapons.  And back then, toy- and movie-based comics didn’t suck.  Shogun Warriors was decent, and Larry Hama’s G.I. Joe was (gasp!) often one of the better Marvel comics on the market.  Star Wars was pretty good.  Battlestar Galactica didn’t suck, at least sometimes.  And Micronauts?  Well, you’ve probably forgotten, but a then-little-known artist named Butch Guice cut his teeth on the book.  It was created by the great Bill Mantlo, and Chris Claremont participated as a writer.  Michael Golden, Howard Chaykin, and Gil Kane all took turns on the art.  There was a great crossover with the X-Men.  And now, the writers of one of the best zombie movies ever (Zombieland) and the currently in development Deadpool movie have been tasked with writing a screenplay for the Baron Karza’s crew, for a film to be produced by no less than J.J. Abrams.
THE RETURN OF THE PHOENIX.   A 2012 teaser with the credits: Aaron, Bendis, Brubaker, Copiel, Fraction, Hickman, Kubert, and Romita Jr.  Basically, the entire Marvel “A” list of talent.  2012 is the 10th anniversary of Jean Grey’s (latest) death, so there you are.

SHAZAM!  The new 52 version of the big red cheese will launch as a backup series beginning with Justice League #5, with words by Geoff Johns and art by … Gary Frank!  Holy moley!
X-MEN: ALPHA AND OMEGA.  In the aftermath of the best “event” this year (X-Men: Schism), Wolverine and Quentin Quire will be featured in a 5-issue mini written by indie favorite Brian Wood.  The story will feature another Quire-led student revolt, or somesuch.
SPACEMAN.  The new series by the 100 Bullets team of Brian Azzarello and Eduardo Risso, coming this month on Vertigo—with a $1 price tag for the first issue.
A.K.A. JESSICA JONES.  The ABC series based on Brian Michael Bendis and Michael Gaydos’ “Alias” series that retconned Jessica Jones into the Marvel Universe will also feature Carol Danvers and Luke Cage, both of whom are major characters in the comic.
CLOAK & DAGGER AND MOCKINGBIRD.  These two other Marvel upcoming TV properties will be on ABC family.  Ugh.
X-MEN ANIME.  I have not (repeat not!) enjoyed the Iron Man and Wolverine anime series on G4.  But I’m ready to get fooled again.  X-Men Anime is now airing on G4.  I haven’t seen it yet, but I will.  It takes place after Jean Grey dies and the X-Men go to Japan to fight the U-Men and save a kidnapped mutant.
ULTIMATE SPIDER-MAN THE ANIMATED SERIES.  Yes, it’s still coming next year.  Yes, it looks innovative and awesome.  And Stan Lee will have a recurring role as a janitor.
JEFF LEMIRE LIKES MAKING MONEY.  With several “new 52” books providing steady income, Lemire announced at NYCC that his groundbreaking, reputation-making “Sweet Tooth” book will end before issue #50.  Damn it.  But I guess it’s better to end something while it’s great than to keep on doing it until finally there’s a Journey song that just cuts in the middle and everyone is shouting “WTF!” and that guy was gonna kill Tony when he got out of the bathroom anyway so AAAAAAAARGH!
THE SECRET SERVICE.  The long-gestating Mark Millar and Dave Gibbons will be previewed in Millar and Leinil Yu’s Superior #6 (Superior is a great series, by the way).
STORM JOINS THE AVENGERS.  So now she’s Black Panther’s wife, she’s on Cyclops’ X-Men team, and she’s joining up with Iron Man, Hawkeye, Vision and the gang.  She’s almost as hard working as Wolverine.  Coming in issue #19 (January).
ZOMBIELAND ON T.V.  And in other news about writers Paul Wernick and Rhett Reese, Zombieland is being developed as a half-hour comedy for CBS.  And soon, the networks will do to zombies what they already did to vampires and Who Wants to Be a Millionaire.
Spider-Man, The Avengers
Tweet Pin It 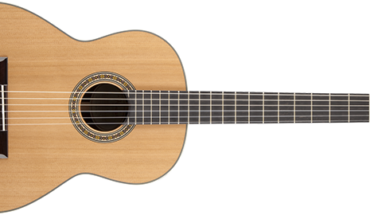