Home
Earth's Mightiest
HAVE YOU HEARD THE ONE ABOUT WARREN ELLIS WRITING FANTASTIC FOUR? 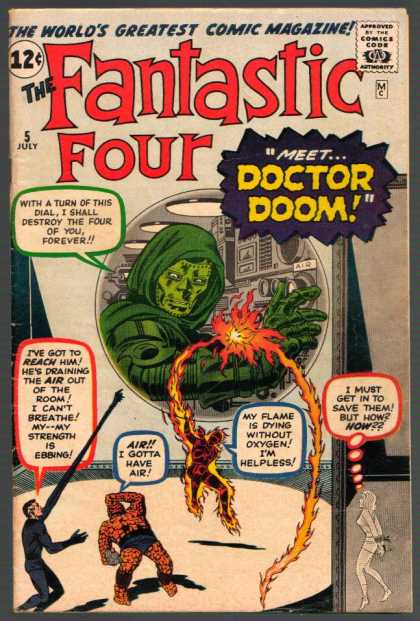 The Fantastic Four book can be divided into a few major, recommendable chapters…And then a bunch of entirely forgettable one.

First, there’s the Lee/Kirby years.  The duo launched the book in 1961 as Marvel’s first “team” book, creating the first family of superheroes and introducing an amazing array of characters and ideas who retain relevance today: Galactus, Dr. Doom, the Inhumans, Black Panther, the Kree and Skrull races, Johnny Storm’s friendship with Spider-Man, a headquarters known by name (The Baxter Building), the negative zone…The amount of imagination and visual brilliance in these first 100 issues are staggering.  I refer to this chapter as “The Most Readable Chapter.”  These are stories that are still great to read today—they hold up, and they’re timeless.
Then, we saw quite a few “name brand” writers and artists march through the series.  Roy Thomas, Gerry Conway, John Romita Sr., George Perez, John Buscema, Marv Wolfman, Doug Moench, Bill Sienkiewicz…The quality of these issues never really pops above average.  All are pretty much forgettable.  I call this period, the 1970s.
In 1981, John Byrne came on board as the writer/artist.  And for the first time in over a decade, the FF became relevant.  Invisible Girl became a Woman.  Thing went from rocky to lumpy, and also quit the team.  She Hulk joined the team.  Johnny Storm’s girlfriend became the herald of Galactus(!)  The book was wild and unpredictable, until, suddenly, it stopped.  Byrne dropped the book after some fights with Ed-in-Chief Jim Shooter, and it went straight back into the crapper.  Ah, Jim Shooter.  The man who also chased away Roger Stern from both Avengers and Amazing Spider-Man, thus ending three of the greatest runs of the 1980s.  (Of course, the 1980s were also the best time in Marvel comic history in terms of rich ideas and superhero-based creativity and sales.  So it’s not like Jim got it all wrong.)

Maybe “crapper” was too harsh.  But the writers who followed (all of whom are well-known: Roger Stern, Tom DeFalco, Steve Englehart, and the return of Roy Thomas) failed to bring anything new to the book.  Even with several lineup changes (raise your hand if you remember Sue and Reed being replaced by Johnny and Thing’s girlfriends), the book just kinda…Sucked.  Even a reboot (a new #1!) and Chris “I can write anything” Claremont couldn’t save it. Mark Waid and Mike Wieringo made a go of it in 2002, and people generally liked that run, but I have to say that it just didn’t grab me.  If you’re a fan of that run, see if you can remember anything iconic that happened during it.  Betcha have to look it up in your longbox.  Ditto for the Mark Millar run.
No, the only really good—i.e., above average—run on FF other than Lee/Kirby and Byrne were the 14 issues written by J. Michael Straczynski.   And you’re looking at about 400 issues in that pool.  Not a great track record.
Even the currently lauded Jonathan Hickman stuff leaves me saying “meh.”  I mean, he’s got great ideas and intricate storytelling manner, but at bottom—there’s just not much there.  I still don’t care about the Fantastic Four after reading it.  Craft over content, I say.  This approach worked a lot better in Secret Warriors, which was all about espionage and had a huge cast of characters; Fantastic Four is at its best when it’s intimate.  When it’s about family members.
Which brings me to the title of this post.  At BaltiCon I found the first four volumes of UF4 for five bucks each, and noticed—for the first time—that the writers and artists were stellar: Brian Michael Bendis, Mark Millar, Adam Kubert, Stuart Immonen and…Warren Ellis.  You may recall that Immonen and Ellis were also the genius—GENIUS—team behind Nextwave, one of the greatest books of all time.  Ellis wrote only two arcs for UF4—the second and third ones—but they are laugh-out-loud funny.  The first book, the origin, is Bendis and it’s okay, but unnecessary.  But the Warren Ellis stuff is reminiscent of his Nextwave work: It’s all about relationships, teasing, character development…And the art is nothing short of amazing.  I never think of Andy Kubert when I think about my favorite artists, but every time I see his work I’m blown away.  Ben Grimm has never been more loveable, Johnny has never been funnier, Reed has never been more of a geek…And Sue has never been sexier (or stronger, as an individual).  In short, this is what the “fun” in funnybooks is supposed to stand for.  I’m loving these books.  I haven’t cracked the Mark Millar stuff yet, but I will.  In the meantime, I advise you to run—RUN—to Amazon, where you can find Ellis’ volumes 2 and 3 for like two bucks each.  Get them.  They’re hilarious. 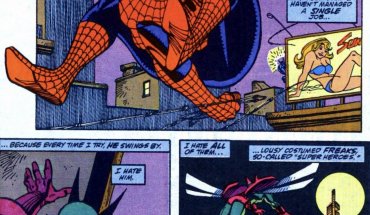