For a band that shares its name with the name of a song by one of the most vanilla rock stars of all time, “Night Moves” sure are weird.  In many ways, the entire album is a lo-fi tribute to 1970s waaah waaah disco–but in others, it’s flat out experimental indie.  The mixture of sounds and textures, beats and patterns in “Country Queen,” for example, is bizarre and rich–it will keep you guessing on repeated listens, and is great example of the many places a single song can go.  Kind of like the indie rock answer to Dr. Suess.  But I can hear the influence of Sinead O’Connor, at least in the delivery, on “Old Friends.”  Or is that Queen?  I can’t pin it down.  And then there’s “Only a Child,” which is Supertramp-meets-Scissor Sisters–a psychedelic, piano-driven anthem about…Well, I confess.  I don’t know what any of these songs are about. I can’t even figure out what “Cosmic Titties” is about, and you’d think that would be a gimme.

But don’t come here for profundity or meaning or anything linear.  Come here for the atmosphere.  It’s some of the best I’ve sampled this year….Mostly because there’s real music underneath it all.  It’s not just sounds and random weirdness for its own sake.  This is deep and rich sound collage.

Oh, and if you’re still trying to guess what I meant by the first line of this review, the answer is: Bob Seger.  They sound nothing like him.  In fact, that’s just about the only thing they don’t sound like.

This is a candidate for the best debut of the year.

Get it for free here. 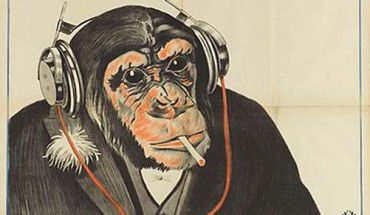