Home
Berkeley Place
THE EARLY 1980s DID NOT SUCK: A Comic Book Rant.

To all who participate in message board hollering: The 1980s did not suck for comic books. I am so sick and tired of idiots who say that nothing good happened before Miller revamped Batman. To all those who say that Marv Wolfman/Steve Gerber/Jim Shooter/Roger Stern/John Byrne/etc. were hacks, I say: Baloney. You need to change your expectations when you read back issues from the 1980s. You don’t pick up those books for pseudo-realism or long-form, decompressed narratives or gritty violence. You pick them up for (gasp!) fun.

Remember: the average comic reader wasn’t even a teenager back then.  Even Bruce Springsteen wasn’t a complete cynic until 1985. And remember as well that comics never sold better than when they focused on telling fun stories and not taking themselves so seriously.
Let’s look at the scorecard: The pre-Dark Knight 1980s (i.e., 1980 to mid ’86) brought us lasting characters, who are still frequently used and/or referred to today. These are all I thought of off the top of my head; I haven’t verified them or anything, but feel free to correct me/add your own in the comments. (And I have to say, looking at a list like that, I’m hard-pressed to come up with that many influential things from the early 2000s.)
Here’s why Marvel/DC didn’t suck:
• Dark Phoenix
• Tony Stark getting too drunk to iron (and being replaced by Rhodey) 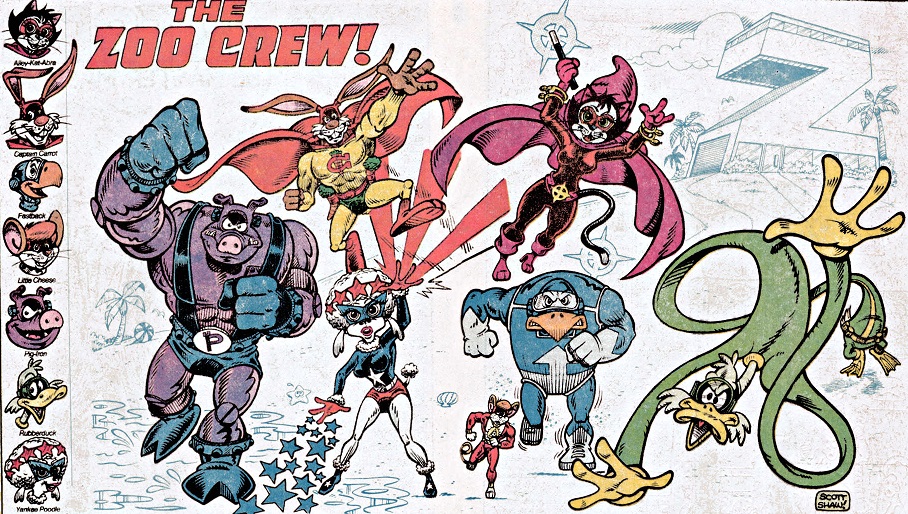 • Beta Ray Bill
• Slade Wilson, a.k.a. Deathstroke The Terminator, and the whole Wolfman/Perez run on Teen Titans. Especially Starfire’s bazongas.
• Ambush Bug
• Captain Carrot
• Peter Porker the Spectacular Spider-Ham (okay, that sucked a little—but it was a nice try!)
• Frog Thor
• Spidey’s symbiote costume
• Power Man and Iron Fist!!!!
• The death of Elektra
• The Great Darkness Saga (Legion of Super Heroes)
• Nightwing
• Alpha Flight
• X-Men: Days of Future Passed
• Crisis on Infinite Earths and The Secret Wars
• Moon Knight (he debuted in the 1970s, but his first, best ongoing was in the early 1980s)
• “I’m the best at what I do. But what I do best isn’t very nice.”
• The first appearance of Rogue
• Camelot 3000
• The Starjammers (go Corsair!)
• Lobo
• The Death of Captain Marvel original graphic novel
• The Death of Jean DeWolff
• Spidey fights Juggernaut

Here’s why the indie market was just as strong and vibrant: