ZACK SNYDER IS THE NEXT SUPERDIRECTOR.

There were three Christopher Reeves Superman movies and one with Brandon Routh, making four so far.  (I refuse to recognize “Quest for Peace.”)  Get ready for yet another reboot of the most all-American, least cynical hero in comicdom.  Zack Snyder, who lensed “300” and “Watchmen,” will take the helm, with Christopher Nolan attached to produce.  I hope this isn’t part of the trend to make comic book movies dark and scary–I can’t imagine Snyder behind a character who really needs to be told in a brightly colored, epic story.  And no cursing!   General Zod will be the bad guy (again).  Haven’t they ever heard of Braniac?  Darkseid?  Mxyzptlk?  Metallo?  Bizarro?  My advice: (1) Skip the origin–play it out the way they did it in the otherwise-unwatchable Jonah Hex: Show a “motion comic” of it, and then launch the main story.  (2) Include more than one villain–perhaps in a twenty minute, self-contained drama that plays out during the larger arc.  And (3) make Superman proud, strong and confident.  Not like the mealy Brandon Routh.

X-MEN: FIRST CLASS. More details have been spilling about what will be the fourth X-Men movie.  It looks like they’ll be taking some of the unused plotpoints for the Magneto movie, including reshooting his concentration camp scene from X-Men 2, and word is Mystique will be in the flick.  Naked.  I don’t remember her being important in the early X-Men stories, but then again ,this isn’t Stan Lee’s early X-ers. 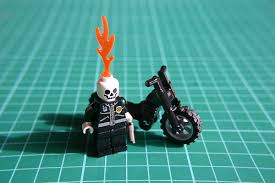 GHOST RIDER 2: SPIRITS OF VENGEANCE.  The villain in the next Nic Cage overactathon will be The Devil, played by Ciaran (“Aberforth” of Harry Potter) Hinds.  The plot will be Blaze trying to repress his Ghost persona while hiding out in Easter Europe, when a bunch of anti-devil worshippers find him and get him to foil the Devil’s latest dastardly plan.  Idris Elba will be a drunken  dude on GR’s side.  Why are they reinventing the wheel here?  Jason Aaron’s GR
story wasn’t good enough?  Frankly, it would be much cooler if Ghosty fought
Dumbeldore.

WONDER WOMAN. There will be no Wonder Woman movie, but David E. Kelley (Ally McBeal/The Practice) is attached to a
Wonder Woman television series project.  Without more information, it’s hard to predict whether it will be worth your eyetime, but I can think of two likely reasons to watch–the right one and the left one.

JMS=LOEB. Years ago, there was a brilliant writer named Jeph Loeb who teamed up with an equally brilliant artist named Tim Sale to produce a “color” series in which he examined key events in the lives of famous Marvel heroes—Spider Man: Blue, Daredevil: Yellow, Hulk: Gray—and also produced some of the greatest Batman stories of the past 20 years (“The Long Halloween”).  Not gradually but suddenly, and without warning, Loeb became the kind of hack who created a giant red Hulk who likes to use guns and start in several-issue-long fistfights without plot or point.  Now, we have J. Michael Straczynski, who was once a cutting-edge creator responsible for what many think of as the high water mark for Spider-Man stories, as well as the imaginative and acclaimed MAX series about Squadron Supreme.  Now, though, JMS seems to be interested in presiding over a conservative costume change for D.C.’s hottest chick, not to mention dull rehash stories of the Amazon wonder, and putting Superman on a walkabout.  A what?!  Dude can fly!  Why walk when you can fly?  I just don’t get it.

SMALLVILLE NEWS. In other Supernews, now that the show is cancelled, they’re finally making it get good.  Last week they brought in Deadshot (albeit as a cowboy), and next will come Deadpool look-a-like Deathstroke!   If they keep bringing in DCU guys, they might actually make me miss it when it’s gone.  Actually, I think they should cancel it but next season bring in a live-action Justice League with the same characters.  They could do that, I’m sure, and if Tom Welling’s quote is too high, dump him.  It’s the suit they need, not the actor.

Comics At The Movies, Deadpool, Movies, Superman
Tweet Pin It 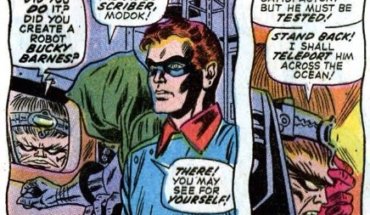 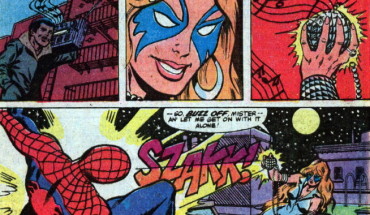 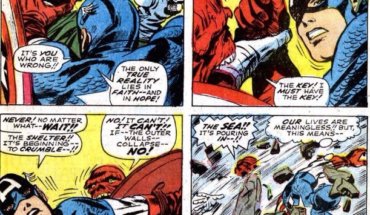