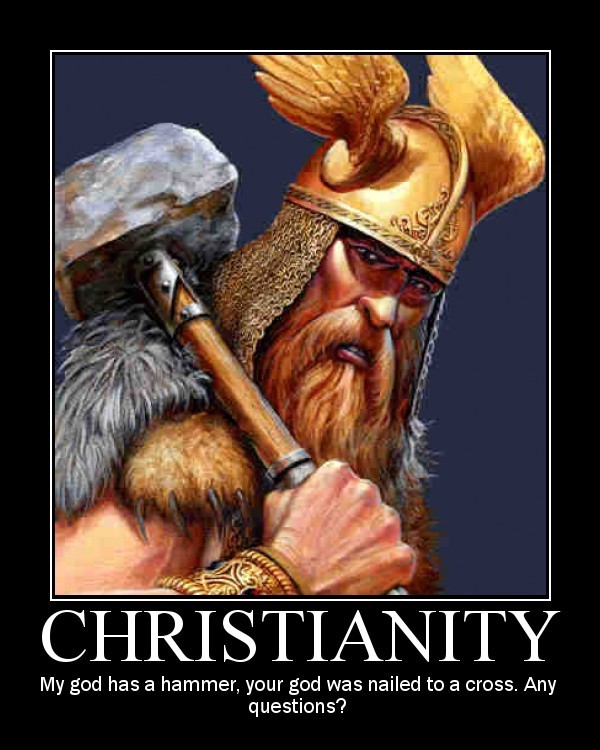 Lots of rumors going around about the Norse God flick.  Here’s a rundown, mixing fact with possible fiction:

1.  The scheduled release date was May 2011, but if Spider-Man 4 moves to May, Thor will move to June and be sandwiched between Spidey and Captain America.  Cap is set for July 4 weekend, naturally, but that’s also Will Smith’s spot—he usually releases a summer blockbuster on that date.  Maybe they can cast Will as The Falcon?

2.  The director, Kenneth Branagh, has never done an action film before.  But he’s British, so maybe that’s good.  Makes him sound important when he talks like Shakespeare.  Of course, this Thor won’t talk in doths and sayeths.

3.  It’s an origin story: Thor (Chris Hemsworth) is kind of a jerk to his Daddy, so Odin (Anthony Hopkins) sends him to Earth.  Kind of like sending Gordon Gecko to the mailroom.  But it’s understandable, because he gets to bang Natalie Portman.  Eventually, Thor decides he kind of likes hanging out with mortals.  Kind of like Donald Trump hanging out with his celebrity apprentices.  Only Thor has better hair.  Then Loki (Tom Hiddleston) decides to screw around with Midgard, and Thor saves the day.

4.  The film will end with Nick Fury (Samuel L. Jackson) making Thor a job offer.  Unless it doesn’t.  (Jackson has both denied and confirmed a cameo in the movie.)

5.  Hawkeye will appear in it.  Unless he doesn’t.  Ditto Iron Man.

6.  Stan Lee will appear in it and say or do something silly.

7.  Heimdall will be played by Idris Elba.  He sells dime bags to Frost Giants who try to get across the rainbow bridge.

8.  A Marvel animated Thor DVD will release a little before the film.  See, D.C.?  You can have the characters on the big screen and idiot box at the same time.  You won’t get hurt!  Now, let Tom Welling put on the tights, already!

9.  The “look” of the hero will be based on the Ultimates costume, and there won’t be a Donald Blake.

10.  Most lists have to have 10 items.  Makes them seem more complete.