I was in my favorite comic shop a few days ago and I saw that there are new, beautifully bound reprints of Alan Moore, Stephen Bissette, and John Totleben’s run on The Saga of the Swamp Thing.  (Just $17 bucks from Amazon, here.  Give it a try! Or better yet, go to your local comic shop and pick one up–support indies!)  I have all the issues, and seeing them together like that inspired me to reread them.  If your only exposure to Swamp Thing was the 1982 Wes Craven film, or its even worse sequel, that’s a shame.  It’s like equating Frank Miller’s run on Daredevil with its awful film adaptation.

Swamp Thing was never a great book–it had its moments, though–until Alan Moore rebooted the character in 1983.  Starting with issue #21, Moore reinvented the character.  His origin according to creator Len Wein was like a cross between Punisher and The Flash.  Alec Holland was a dude who got killed by gangsters and absorbed a bunch of chemicals that turned him into a green shambling mound–he was a human who absorbed plantlife.  According to Moore, Swamp Thing was actual a plant that absorbed a human life.  By switching it around, the character became tied to a less corporeal base, and more metaphysical, allowing Moore to make use of D.C.’s underused B-list occult heroes like Demon, Cain and Able from the Houses of Mystery and Secret, etc.  Characters who were previously gimmicks–or stupid–became important, and had depth and personality.

Volume 1 of the new hardbound collection reprints, for the first time ever, Swamp Thing #20, which begins the reimagining of the character.  It extends through #27.  These are not the strongest issues of Moore’s run, but they show him finding the character and making a big pile of vegetables interesting.  Not an easy task.  Volume 2 is where the show really picks up speed, and covers issues 28-34 and Annual #2.  Here, artists Bissette and Totleben have perfected their style.  Where Bernie Wrightson, an artistic genius of the highest order, had drawn Swamp Thing with clear, defined features, B&T paint a sketchy, shadowy world that makes Swampy’s body less formed.  By drawing the entire world this way, though, Swamp Thing can fit in without appearing, well, ridiculous or unbelievable.  The story told in these issues is the beginning of Swamp Thing’s relationship with Abby, a woman with pure white hair except for one lock of darkness–like a river.  I won’t give away how the two finally connect with each other, but it involves zombies.  So, hey, that’s cool.  And these are zombies unlike any you’ve ever seen before–they’re a cult of undead people, like a religious order, not a gaggle of brainless brain eaters.  The final issue of this volume, Issue #34, is truly beautiful.  Words and art combine to literally turn the comic book on its side as Abby’s perspective changes, to show how she accepts her love of Alec Holland.  You will believe a woman could love a vegetable . . . This is from issue #34:

The next issues are not yet issued as part of the reissues, but in my view they are the best of the lot.  As I re-read, I realized I had forgotten how progressive and amazing Moore’s work was–particularly because at the time D.C. didn’t have a whole lot going for it.  Batman was decent, but it wasn’t revolutionary or anything.  The best title they had at the time was Legion Of Super Heroes.  Nothing as experimental and visionary as this.  In the 1980s, you could read about either indie comics or capes or horror books or war books.  Beginning with the Nukeface Papers story arc–issues #35 and 36, Alan Moore began combining the horror and character-driven comic book genres.  The art is truly terrifying, as a man with an origin quite similar to Swamp Thing’s (but with a much more horrible end result) toxifies Swamp Thing’s body.  As Alec’s body breaks down, we begin to see how his beliefs about himself are limiting him.  Issues 37-39 introduce the sinister John Constantine, a man who is trying to prevent an apocalypse by teasing Swamp Thing into becoming an avenger of the forces of justice.  In these three stories, Alan Moore reinvents vampires as chilling, undersea creatures.  I don’t want to give away too much here, but trust me, you’ve never read a vampire story like this before.  Here, we also begin to see that the evil creatures and forces are massing for a big battle.  This battle will represent Moore’s best work on Swamp Thing and, in my view, the best work of his storied career.  (Yes, even better than Watchmen.)  As the series progresses, Swampy battles werewolves, voo-doo, and hippies.  Even a haunted house in one of the greatest comic books of all time, issue #45.

But “battle” isn’t really the right word.  Every issue, John Constantine leads Alec Holland further down the road to the climactic battle in #50, which features some of the best and creepiest renditions of Demon, Spectre, Deadman, Zatanna, and Phantom Stranger in D.C. history.  We also see the art team changing frequently, which is annoying, but many of the names involved should give you an indication of the quality: Alfredo Alcala, Stan Woch, Ron Randall . . .

You know, the bound volumes are a great thing, but what they don’t collect are the letters to the editor, and even these show how progressive the series was.  In one issue, Alan Moore himself writes a full page to explain to a woman who was offended by one issue what it was he really meant to say.  A great example of the connection fans had with creators in the days before the internet.  After issue 50, there’s a neat 3-issue arc with Batman involving Abby, Alec Holland’s lover, but after that Swampy goes out into space and the series kinds of lags.  By issue #65, regular penciler Rick Veitch took over from Moore and there wasn’t much of a reason to keep reading.  But those 30-or-so issues from 21 to 53 are masterpieces.

Hope you all go buy the collections! 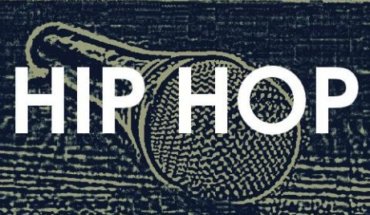