Ed McGuiness knows how to draw muscles. That we all know from Deadpool and Red Hulk. But Jeph Loeb is . . . Funny? This story, a Batman/Superman adventure, seems to exist outside of the regular continuity, but it tells a harrowing and hilarious tale: What if Joker had all the power in the universe? What would he do? How would he amuse himself? How would he torture Batman? And could Superman ever hope to stop him? Surreal, scary, and thought-provoking, this is the quintessential thinking-person’s Bat/Supers tragicomedy.
-Mysterious Comic Book Guy

Easily the best writer at D.C., Johns took a book that hadn’t had a good run in over a decade and made it the series everyone was watching. He started small, with the best Bizarro story arc in the history of great Bizarro story arcs. He ended his Action run with the return of Braniac, which led right to the “World of Krypton” storyline that, eventually, took Superman out of Action Comics for the first time since the character was born. I can’t say I dig the current, off-planet tales very much, but the way Johns took us there was fantastic. For the first time in my life, I looked forward to reading the Superbooks.
-Ekko

The Chronicles of Wormwood

Not to be confused with Templesmith’s work, Ennis’ book shares nothing but the word “Wormwood” and an obvious affection for the derangedly bizarre. In this story, we have a good guy Anti-Christ (Danny Wormwood) who hangs out with a mentally damaged Jesus (suffered a severe beating from the cops when he tried to come back and preach peace) and a talking rabbit (Jimmy) who likes to start on-line flame wars, particularly with Star Wars fans. Danny’s dear old Pop wants him to take up the whole evil incarnate family business, but Danny’s not too interested, instead just fine with his life as a cable TV exec. The story focuses on the push from both Satan and the sex-depraved Pope to enact the final battle between Good and Evil. I would tell you what God’s role in the whole thing is, but it would ruin one of the most blasmosphly funny things you’ll ever read. Not for the faint of religion, the book takes a larger look at the hypocracy of the church and religion in general. As twisted as anything Ennis has ever written, I found this one, too, to have a lighter, more comical side that made it enjoyable on levels not typically found in his books. Now, just reading the thing might get you ex-communicated, but isn’t that half the fun? Perhaps not as much fun as when Wormwood uses his power of making one thing happen permanently daily to turn a bartender’s nose into a penis (a recurring character, natch), but you’ll need to read the rest to decide that for yourself.
-CD of Les Enfants Terribles

A sick and twisted 12-issue series about a group of weird Marvel heroes many of us had never heard of: Monica Rambeau, the “Captain Marvel” of Marvel Super Hero Secret Wars; Tabitha Smith X-Force; Machine Man; and a few others. It’s more spoof than story–they work for H.A.T.E.–Highest Anti-Terrorism Effort—and U.W.M.D.–Unusual Weapons of Mass Destruction. Funny, violent, angry and did I say funny?
-Mysterious Comic Book Guy

I know I’ve complained endlessly about the effect Civil War has had to darken the Marvel Universe, and what a mistake it was to kill Cap. But, on the other hand, it was a pretty terrific story. I just hated how it ended. But the fact that I hated it so much, for so long, shows how much Millar made me care. No other Marvel event has ever mattered so much, or been this good. None of the spin-offs mattered much, but if you feel compelled to get one I’d recommend the Wolverine Civil War trade by Guggenheim and Ramos. It tells the tale of how Nitro finally got caught after killing all those kids–the spark that started the whole war. I’m sure this will be the most controversial pick of this list, but I’m standing by it.

Perhaps the best thing about the Ultimate stories is how it tells tales slowly, gradually weaving in the large fabric of familiar characters in a novel way. (The biggest weakness of Ultimate X-Men, by the way, was the opposite–Millar seemed to rush to the end, leaving subsequent writers little to discuss.) The Ultimate Galactus Trillogy is good overall (and a steal at $30 in trade book format), but this, the last “book” in the series was great in how it turned the Galactus story from silly to “un-silly.” A giant man with a purple hat? Gone. Replaced by a collective conscience. A puny ultimate nullifier? Gone. Replaced by a tower capable of interdimensional teleportation. Eating a planet? Replaced by a systematic way of breaking down a planet into bite-sized chunks, from psychic attack through ebola virus. There were weaknesses in the tale, of course–like how is it that SHIELD can do and know pretty much everything but never tracked down the Heather Moons or Silver Surfer cultists–but they are forgivable. This was the first truly global tale in the Ultimate Universe–the first time all elements, except Spider-Man–came together as one, and Ellis pulled it off wonderfully. Good Ultimates stories treat the source material with reverence, recognizing how brilliant Golden Age comic book writers and artists were, but modernizing their ideas into a more plausible form. That was lost with Ultimatum, which basically deteriorated into a big fight that felt hollow and meaningless. I hope the recent re-launch can recapture the awe.
-Ekko David Aja is awesome. I will pick up whatever he is working on, but if you have him choreographing bad ass fighting between the Iron Fist and anybody else I am completely sold. Then Fraction and Brubaker decided to put together a story worth reading with flashes of Iron Fists past that made me want to learn more. I loved it, especially The Seven Capital Cities of Heaven. Just a really amazing job of building on a character and making him compelling to a reader who had never been interested. It all started with Aja, though. Can’t wait to see what he does next.
-Mike Raicht, author of The Stuff of Legend

Hulk usually sucks. Face it. I know a lot of folks praise Peter David’s run on it, but I wasn’t a huge fan. Really, nobody’s ever made the green giant seem interesting. Or even plausible. Pak and Lopresti/Frank/Romita Jr. went the opposite direction of everyone before them. Rather than take Banner seriously, they took him over the top, off the planet and back again to fight every single Marvel hero. Exciting, hilarious, and old-fashioned rock-em-sock-em fun, which is much appreciated in this world of Serious Comic Books. Incredible Hercules is pretty good stuff, too, and Ed McGuiness’ work on Red Hulk is beautiful. But the two trades, Planet Hulk and WWH, present one of the best stories of the Century.
-Ekko 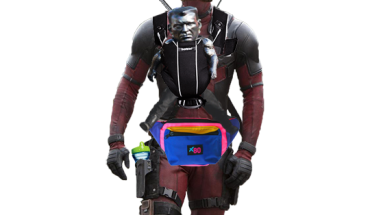 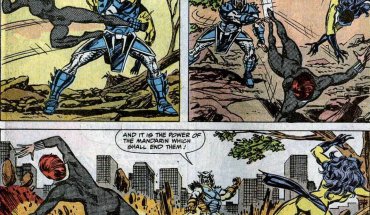