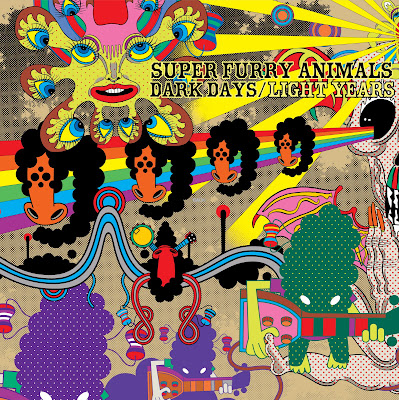 The Super Furry Animals are one of those bands I’ve heard about forever but never got around to listening to.  Their 1996 record, Fuzzy Logic, is widely viewed as a classic, so perhaps I should be ashamed of myself for having taken this long to find them, but hey, at least I got here eventually.  And their new album, “Dark Days/Light Years,” has impressed me so much that I’ve run out to snatch up their prior catalog, including the B-side-turned-A-side smash, “The Man Don’t Give a Fuck,” with its sample from Steely Dan‘s “Showbiz Kids.”

The first track, “Crazy Naked Girls” is a drunken percussion party with horse screaming, background moans, changing tempos, and did I mention the percussion?  What an incredible drummer this band has in Dafydd “Daf” Leuan: He drives a chaotic sound into an earthshattering guitar bridge, as heavy as anything from The Black Keys or even Led Zeppellin.  The second song is more straightforward, but no less brilliant musically.  It’s hard to make three-bar blues not sound generic, but this band succeeds on “Mt,” with it’s hysterically funny chorus, sung with heavy earnestness: “I was out looking for a mountain/There was a mountain/It was a big fucking mountain/So I climbed the mountain.”  Sometimes, the band’s accents (they’re from Cardiff) make the lyrics difficult to understand.  This is worsened by their tendency to level the mix so that the vocals just become part of everything else—this is most noticeable on “Inaugural
Trams.”  But this is clearly a choice on their part, not a symptom of sloppy work (Beck and Gary Numan have been known to do the same thing).  It’s symptomatic of much techno, as a matter of fact, and SFA clearly have techno on the mind—although they are far more than mere machine operators.  Like the best artists who play in this sandbox (again, think Beck and Gary Numan), SFA have an ability to stretch and surprise, pushing a song to an edge, at which they suddenly snap back—like an elastic band—returning to the groove.  “Inconvenience” is like this—it hypnotizes you into a steady head bob and then smashes apart, reforms, and then crashes into a :30 second explosive fade out.
I can’t rave enough about Dark Days/Light Years.  And if nothing above makes you want to buy this album, which clocks in at just one minute shy of an hour, maybe the title of track 7 will change your mind.  It’s called, “The Very Best Of Neil Diamond.”  The mix of oddly profound humor, an ever-shifting sonic landscape, and some truly fantastical beats make this an early pick from me for album of the year.
Mt (YSI) 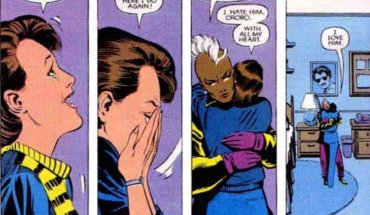