My Ten Favorite Party Singles of the first quarter. Yeah, there’s lots of other good songs that came out so far, and there’s no Vampire Weekend here, either, but these are the songs I’ve been blasting out of my car speakers over and over. In no particular order:

1. Do Me Like That-AC. The hot new underground rapper from Staten Island (home of Wu Tang!) spits fiyah. The AC’s “This Is AC Part 2” mixtape is fucking amazing. The track after this one is like Grateful Dead rap, with a laid back guitar beat; there’s some powerful, true life rhymes; plenty of gangsta tales . . . But this banger is everything a club song is supposed to be.

3. The Healer-Erykah Badu. I’m not gonna post this RIAA-protected psychedelic R&B tune, but I’m going to give the rare shout-out to an album protected by those bastards.

4. Ribs Out-Fuck Buttons. Like a love scene from Battlestar Galactica, the tribal drums and odd effects are entrancing. If this doesn’t get her wet at the end of the party, you don’t want her anyway.

5. Full Moon-Atmosphere. The rare party song from the witty, conscious, underground crew. “The ladies in the place so fly, make you wanna go home and wake up your wife.” From the Strictly Leakage mixtape.

6. Gold Watch-Lupe Fiasco. This album came out in 2007, but it was late December, past my cut off, so I’m considering it for album of the year this year, and I love the groove on this tune, which shouts out all Lupe’s favorite gear, candy and video games. It sounds silly, but it really works.

7. Fort Hood-Mike Doughty. With it’s Aquarius: Let The Sun Shine In, this may be pop, and it may disappoint the serious-minded Doughty fans, but you’ve got to admit it’s moving pop. Pop with substance? What is this, 1969? Great tune.

8. Hang Them All-Tapes N’ Tapes. The oddfunk masters are back!

9. Big Dreams-The Game. Supposedly recorded within 24 hours of his release from jail, Game hasn’t lost shit. He may be the only established gangsta rapper who’s still spitting hard rhymes, and who never disappoints.

10. Never Can Say Goodbye-Rhymefest and Talib Kweli. From his free Michael Jackson tribute mixtape. Not to be a hater, but the only reason Kanye is better known than Rhymefest is because KW can produce the shit out of anything. Here, Rhymefest hooks up with Mark Ronson and proves my point. Much better rhymes. 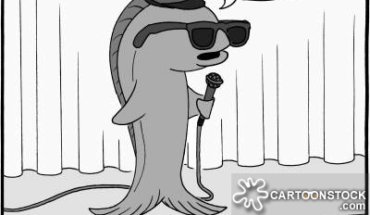