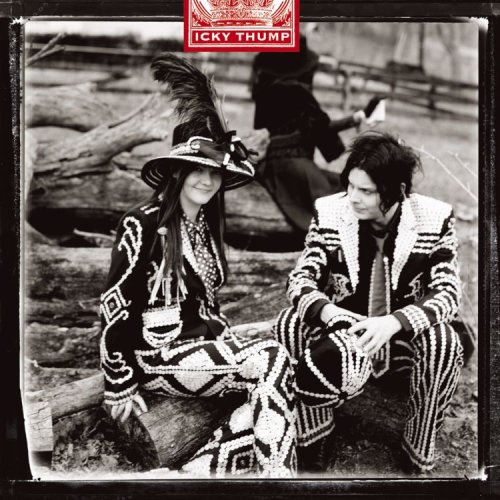 The White Stripes ainâ€™t indie no more, having released Icky Thump on Third Man (a division of Warner Brothers), but this is one I just canâ€™t not review, double-negatives and all. Jack and Meg return with fiery gutwrenching blues rock like nobody makes anymore, not even The Black Keys or The Hold Steady. Supposedly â€œIcky Thumpâ€ is a variation of a northern English idiom meaning, â€œOh my God!â€ and the title is apt. After the miserably dull misstep of “Get Behind Me Satan,” followed by good, but not greatly good side projects with Loretta Lynn and The Raconteurs, I had come to expect less from the fictional married coupleâ€™s most talented half. But Jackâ€™s vocals are at their fullest here, making excellent use of his shrill, shrieky snarls in songs like â€œ300 M.P.H. Torrential Outpour Blues,â€ â€œConquestâ€ (a Patti Page cover), and the almost-but-not-quite-heavy-metal â€œLittle Cream Soda.â€ And the tight interplay between Meg Whiteâ€™s who-you-callinâ€™-a-chick, tough as nails drumming and Jackâ€™s equally aggressive riffs on the single, â€œRag and Bone,â€ has never sounded better. And the production effects on the Celtic-metal tune, â€œSt. Andrew (This Battle Is In The Air)â€ make it sound like the record itself is being torn in half. They get Celtic again on, “Prickly Thorn, but Sweetly Worn,” adding mandolin and bagpipes to the mix.

Deathblues. Thatâ€™s what it is. And I believe Jackâ€™s right when he brags, â€œIn the graveyard, Iâ€™m gonna have the shiniest pair of shoes.â€

Iâ€™m gonna go out on a limb here and say this is a contender for best White Stripes album ever. It certainly sounds just as new, crisp, and unexpected as anything theyâ€™ve done before.

And since they’re backed by the big guns, I’m not posting anything from the new record. You’ll just have to take my word it’s good.

Instead, here’s what I’m told is the earliest known recording of the White Stripes in circulation. The date of the show is before the release of their first LP.