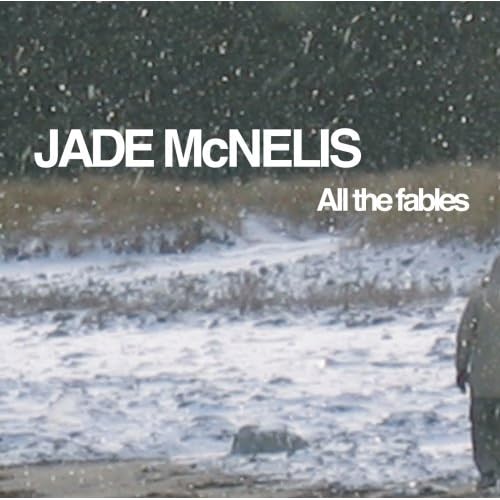 â€œThe music industry isnâ€™t producing any pop worth listening to.â€ How often do you hear that? People long for yesteryear. Hell, they long for yesterDAY, when you could at least find Sarah McLachlan and Tori Amos on the chartsâ€”women with rich, strong voices who neither warbled nor allowed rap-breaks in the middle of their songs.

Enter Jade McNelis. â€œAll In The Fablesâ€ is more than an EP. Itâ€™s a composition, clearly plotted from beginning to end, dense, filling, lush and complex. And although she hails from Montreal, she avoids art-rock pretense and inaccessible lyrics, instead singing songs of the human condition. Perhaps itâ€™s due to her having been adopted by Florida parents after having been born in Taiwan, but Jade shows an understanding of emotion that isnâ€™t common in indie pop.

Produced by Chris (â€œThe Starsâ€) Seligman and Drew (â€œStars,â€ â€œThe Dears,â€ â€œDeath From Above 1979â€) Malamud, Fables treads the line between piano ballads and electronica with the skills of Beck, but with vocal chops to boot. But what about the supporting cast? Well, theyâ€™re all solid, indie-trained artists as well, including Murray (â€œThe Dearsâ€) Lightburn and Gregory (â€œThe Stillsâ€) Paquet on guitar, with Andrew (â€œThe Slipâ€) Barr on drums. Just one fâ€™rinstance: The track â€œLife in Greyâ€ has the acoustic-piano vibe of so many â€˜90s alt-rock songstresses, but unlike many songs of that era, it thankfully and wisely kicks in before it gets dull or weird. Most of the songs on the album are like that: Just unpredictable enough to be interesting without being offbeat.

For fans of: Sia, Rufus Wainwright, Kate Bush, Tori and Sarah, and maybe even Beck.